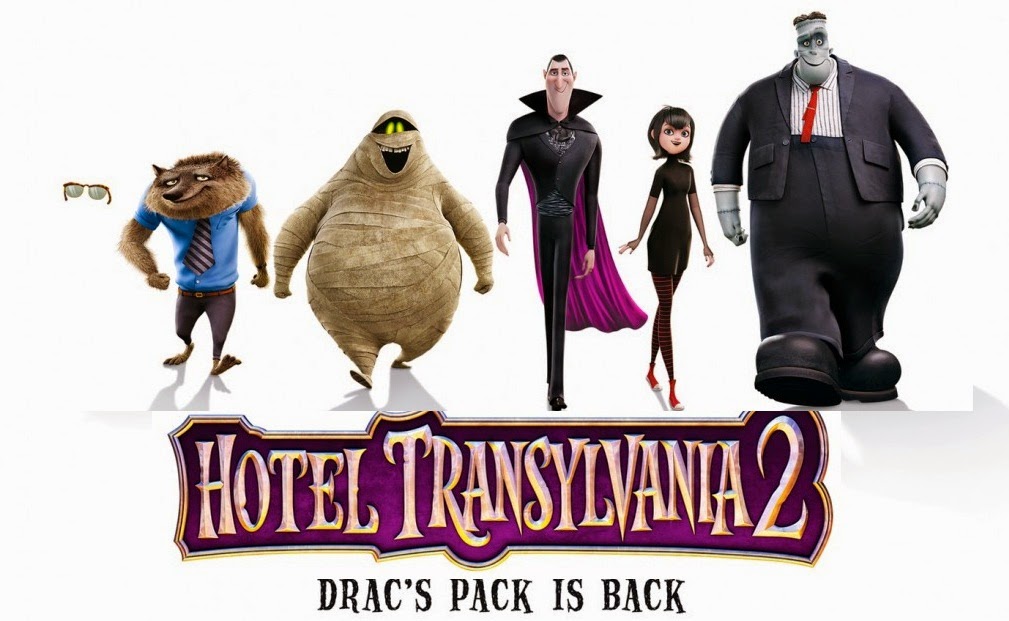 Hotel Transylvania 2 is so much better than Pixels and it’s hard to figure out exactly why. The material isn’t substantially better, it still feels like the scripts are written by an elementary school joke book come to life— although maybe for Hotel Transylvania the living book has to turn in a couple more drafts. The animated medium might open up for a few more ambitious sight gags but it isn’t like Pixels was stingy with the effects shots. Perhaps it’s that with live actors you can see how little effort they’re putting in and how much they’d rather be doing something else, and an animated character looks more engaged even if none of the voice acting is particularly ambitious. It could just be that an engaged Genndy Tartakovsky is far and away better than a Chris Columbus just out for a paycheck. Something makes this movie sparkle while Sandler’s other latter day efforts are tarnished husks.

While almost certainly not intentional, Sandler and Robert Smigel have written an oddly poignant film about Jewish assimilation in the United States. Adam Sandler’s Dracula has always sounded a little more like an old Jewish man than a Romanian count and for this installment they’ve cast Mel Brooks, who’s been the prototypical old Jewish man for almost 50 years, as his father Vlad, but his daughter, Mavis, is played by Selena Gomez who is doing no stereotypical Jewish inflection on her voice at all. Dracula and Vlad are concerned that by marrying a human and having a potentially human baby that their family is losing the connection with their monstrous roots in much the same way the last few generations of American Jews have seen their community disperse out in to the larger gentile world. This is compounded by the rest of the monsters who live in and around the hotel have also largely given up on their traditional monster ways learning to get along with humans as the world now demands. The end hits a little hollow on this front as Dracula never has to come to a firm opinion on the modern or the traditional as the movie invents a synthesis for him but it’s better than I was expecting to be quite honest. Again, I’m quite sure almost none of this subtext is intentional and that this is really just supposed to be a couple degrees of separation from rehashing The Jazz Singer but it’s interesting to think about especially when you consider the script comes from two people who have made careers out of occupying different Jewish staple characters to various degrees.

Otherwise, this is a slightly above average comedy. I laughed often enough, and because it’s an Adam Sandler movie some of those jokes might have been a little easy or a little corny but this is a nitpick from a comedy snob and should not really hold anyone back. I enjoy Tartakovsky’s work immensely and he’s made a visually arresting movie yet again and some of the best bits in the film are sight gags that I choose to believe are mostly his work. Blobby is one of the funniest characters in the film and has no lines just a steady stream of good physical humor.

This is a movie for young kids and, honestly, I probably aged out of the Adam Sandler demographic 15 years ago, but unlike some of his other efforts the Hotel Transylvania movies feel like they’re willing to try and keep me engaged. The showing I went to was crowded with young kids who seemed to be enjoying themselves immensely, laughing at all the right moments and quietly paying attention most of the rest of the time. I had a good time too, I was laughing and while perhaps I spent a little too much time figuring out if there was a deeper message about 20th century immigrant communities but this has all of the positive qualities of the best kids movies I’ve reviewed, a solid sequel, and maybe even the basis of a successful franchise.