Joe Corallo: Kick(start) Out The Jams! 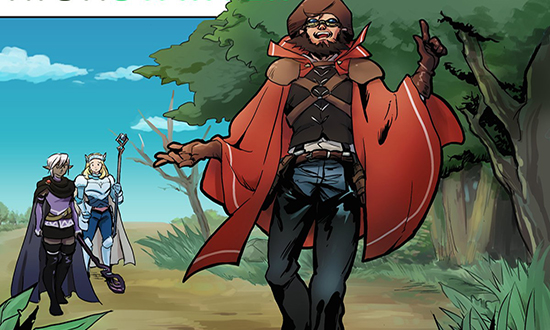 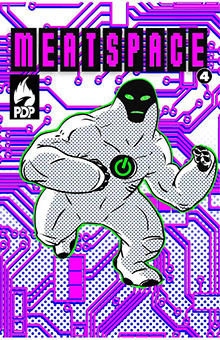 Last week here I wrote about the Kickstarter that’s currently running for Unmasked Volume 2. It’s still going strong, so check it out if you haven’t yet.

This week is all about the Meatspace Universe Omnibus Collection on Kickstarter. It’s a video game revenge thriller in a cyberpunk setting written by Josh Gorfain with various artists including Andrew MacLean. This Kickstarter will be funding an ambitious expansion of the Meatspace-Verse including a prequel volume and a sequel volume illustrated by one of my favorite artists, Sean Von Gorman. They currently have a little under three weeks to raise another $12,000 to reach their goal.

I got the chance to chat with Sean and Josh about this Kickstarter the other which you can read below.

JOE: Sean, Josh, what are your elevator pitches for Meatspace Volume 2?

JOSH: Well, the second volume takes place six months after the first the first volume. Lance has settled into his new life as a celebrity and a member of one of the top guilds in the game of DungeonWorld. We find life catching up with his new girlfriend, Rebecca and we also find out what’s up with The Sentinel…the guardian that Johnny set up to protect his secrets.

JOE: I’m a big Andrew MacLean fan. Apocalyptagirl is one of my favorite stand alone graphic novels. How did Andrew get involved with Josh Gorfain to design such great characters? 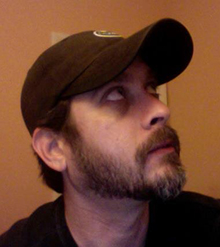 JOSH: I was introduced to Andrew through Jamie Gambell (creator of The Hero Code) back in 2011. I knew back then he was destined for greatness.

SEAN: Andrew’s work on the 1st issue is part of what made me fell in love with the project all those years ago. I’m really excited to help bring it back and play in the world he helped to make. And that facial hair, WOOF. You can get lost in there.

JOE: The issues of Meatspace you’ll be illustrating make up the second volume. The first volume was described as a self-contained three issue arc. What does this new volume bring to the table that readers of the first arc need to come back?

JOSH: A bit more world-building; and a big shake up. I always like my stories to go big. I feel disappointed when a comic is just one conversation and a half of a fight. I want important stuff to happen! This volume builds upon Meatspace and the prequel (which I am also doing at the same time) GameSpace (which is also being offered in this Kickstarter. It’s a huge undertaking but it’s all coming together!

JOE: This Kickstarter will also be funding Gamespace, the prequel to Meatspace. Are there big tonal differences between the two? What can readers expect? 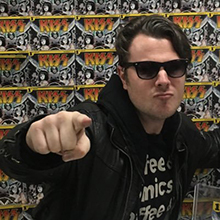 JOSH: In GameSpace, we find out where The Sentinel come from and why he’s the way he is. Surprisingly, this has kind of become The Sentinel’s story…sort of like how Star Wars was really Darth Vader’s story despite having Luke as the main character.

SEAN: I for one am super happy to see “Gorfainverse” expand like this. A Shared Comic Universe is something that to my knowledge has not yet been seen in Comics, and I think will change the way we look at the Medium.

JOE: Sean, you’ve been involved in quite a few high profile projects these past few years. As an artist taking on projects like this is very time consuming so I know you pick these projects with care. What about Meatspace appeals to you as an artist?

SEAN: I have been very lucky to get to work on some Amazing stuff in the past few years like the now Eisner Award Winning Love is Love Anthology from DC/IDW. Part of my favorite things about working in comics is when I get to work with friends, and now I am contractually obligated to refer to Josh Gorfain as a friends. Which completes on of my Contractually Obligated calling Josh a Friend. Just 2 more to go then the Court Appointed “Hang Sesh” with ‘ZA,

I like Josh and I like Meatspace. Josh has been working very hard to get this project out to a wider audience and I’m happy to help 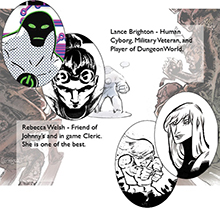 JOE: If I could follow up on that question with you, Sean, who’s your favorite character in Meatspace to draw and why?

SEAN: Lance 100% It’s been fun adding my own flavor to a slightly updated design from Andrew’s to show how Lance has grown and where he is now in Vol. 2

JOE: Why is Kickstarter and by extension Phoenix Dreams Publishing the best place to take Meatspace?

JOSH: Noel and the Phoenix Dreams team has believed in Meatspace since day one! Honestly, I was ready to put this behind me when Noel came to me and proposed a second volume and this Omnibus. His confidence in this project has made all this happen!

JOE: Josh, you’re also working with Phoenix Dreams Publishing on a tabletop rpg for the Meatspace-Verse, adding some extra flair to the Kickstarter. Do you know what people might expect if they pledge to be part of the playtest group? 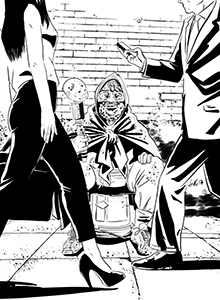 JOSH: An epic story that will have a direct impact on the future of the Meatspace-verse. I know where the (hopefully) next chapter will go and this game will set it up. I’m very excited about this game as it tries to do something that hasn’t really ever been done in gaming (that I can recall) before; and thanks to the old is new RPG system, it’s actually possible

SEAN: I should point out that Josh is really committed to making this project happen. As of this writing he has agreed to literally put his money where his mouth is but adding some REALLY exciting Kickstarter reward involving his body. My favorite Reward being Josh will offer his body up to Science to become a Cyborg like Lance in Meatspace for only $50,000. The Backer would have to provide the Technology and cover Medical Costs to finish the project. Other rewards include Clean Urine from Josh for Job Interview Drug Tests, and his hand in a Green Card Marriage.

JOE: Before we wrap this up, is there anything else you’d like to plug?

SEAN: Amy Chu’s Girls Night Out Kickstarter Gold Edition, which will collect the stories that launched Amy’s prolific Career as we’ll as new stories including BATFREAK an ALL NEW story from Me and Amy which I’m excited to see in print. The Kickstarter has a few days left so everyone needs to get on that and kick in some $$$ to expand the Chu Dynasty.

JOE: Thank you both so much for taking the time to talk with me! And all of you reading this please check out their Kickstarter and consider helping them reach their goal to make this omnibus collection of Meatspace possible.