Ed Catto: On the Road, On Free Comic Book Day

You’ve doubtlessly heard of Dante’s Inferno and his seven circles of hell. But did you know he had a couple of sequels, including Paradiso (i.e., Paradise)? I touch upon this I think that for so many geeks across the world, Free Comic Book Day is a uniquely shared day of celebration. This year, for this mini-paradise, I embarked on what was a sort of Circle of Free Comic Book Day: a seven store marathon FCBD pilgrimage to learn how it’s changed and why it’s a bigger deal each and every year. 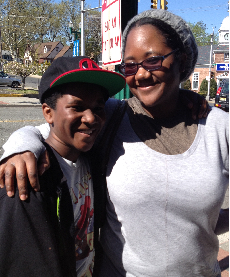 I live just outside of New York City in New Jersey, so I mapped out a plan of action to visit several stores for the 14th Annual Free Comic Book Day. Created by entrepreneur, retailer, visionary and all-around-great-guy, Joe Fields, this holiday has now grown to a worldwide event, distributing an estimated 5.3 million comics, engaging national sponsors and rivaling Black Friday as a geek-centric retail blockbuster.

By its very nature, reading is a solitary event. On the other hand, comics, graphic novels and geek culture are inherently social. Free Comic Book Day offers a bridge across this divide. One of the magical transformations of FCBD is that it turns the experiences of reading/collecting, and typical one-on-one experience between the retailer and the customer, into a shared, event-like experience.
Based on my own very geocentric observations, here’s a few emerging trends I saw in my day long pilgrimage: 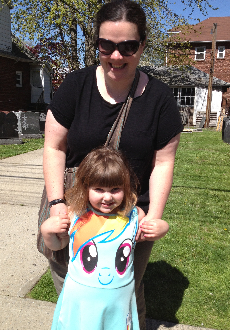 More Women, and more Moms. There’s been a lot written about the very healthy explosion of women participating in geek culture, and I saw so much evidence to support this. There many women – on their own, with kids, with other women and with significant others. Of particular note were the moms with whom I spoke. They are a new breed. They are fans that keep up with it along with their kids. The first mom I spoke with, Erika, brought her son Quincy and his friend. She revealed they’ve been buying comics since last free comics day, and was a lapsed Elfquest reader. The boys liked Spider-Man and Batman, but she showed her true colors when she explained she was going to pick up the last two issues of Saga because she was a month behind.

Lauren, another mom, kept here two adorable daughters from getting unruly as she explained she loves Vertigo’s Fables, the Avengers and Saga. Gladys, a mother of two making a mid-day FCBD stop with her family (and another young family), explained that he loves Harley Quinn and was ravenous to read anything with this breakout character. 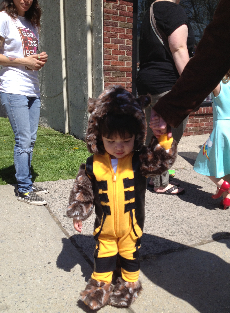 Twenty-something fan girls were out in force as well. One woman, waiting in line at 4:30 during my final visit of the day, explained she’s a regular buyer, but had to miss last year’s FCBD as she was scheduled to work. She had just finished her shift and headed straight the The Joker’s Child comic store. At Funny Books, cosplay was encouraged and one woman was cosplaying Harley Quinn while another young woman proudly showed off the skirt she had made – and the fabric was adorned with female-empowerment magic items.

Sales Stronger than Ever. Dan Veltre of Dewey’s Comic City said that this year’s FCBD looked to eclipse last year’s event, and that “Free Comic Book Day is now bigger than Black Friday, bigger than Midnight Madness.” But FCBD is more than just a big one-day party. Every retailer realized it’s either the start of a new relationship or a way to strengthen existing ones, and then plans accordingly. Some offer coupons, some provided extra free comic books and one retailer, A&S Comics, encouraged customers at checkout to join their Belly loyalty program.

Creative Cosplay. A few years ago, FCBD might be a time break out a comic-themed T-shirt. This year, it’s an opportunity for many fans and retailers to cosplay. What a fun day for so many kids to cosplay, or the parents who encouraged them. Lego and DK Publishing, two Free Comic Book Day Sponsors, held costume contests in select stores. (Full Disclosure: Bonfire/GeekRiotMedia developed and managed this sponsorship.)

And many retailers got into the act too. Paradox Comics had a bouncer Harley Quinn and a Captain Marvel, with a FCBD, enticing drivers to stop by. Funny Books’ Spider-Man and Black Widow posed with fans, and the storeowner joined the fun as Captain America.

Community Focused. As more and more traditional retailers become less connected to their community, comic book shops seem to be taking the opposite approach. East Side Mags’ owner Jeff Beck worked with the local library to create a banner that fans were invited to draw on during FCBD. This will be on display thorough the summer. Other retailers, like A&S comics, worked out deals to create special coupon offers with other local businesses.

Long Lines and Deep Passion. Every store, throughout the day, I visited had a line full of fans waiting to join the celebration. Zapp Comics explained they had fans camping out starting at 3:30 am Saturday Morning, and there was a long line when they opened their doors at 8:00 am. They ran out of their FCBD comics by 12:30, and by afternoon were offering select current titles they had pulled off the rack so as to not disappoint fans. Some stores, like Dewey’s Comic City used the line wisely, with tents and free sketching from up-and-coming artists from the nearby Kubert Art School. Funny Books hauled the back issues out onto the sidewalk for a 50% sale. “The Free Comic Book Day Weather Gods are smiling upon us once again, “ said Steve Conte. And at the Joker’s Child, there was still a 20-minute wait to get in at 4:30 n Saturday afternoon.

A Busy Day. And as usual, the comic shop retailers were ones that customers turned to for help and recommendations. And sometimes retailers were simply the person with whom they could share the joy of the day. For most of us, neighborhood grocers, pharmacists, barbers and bookstore owners are a thing of the past. I’m glad, as were all the folks in the communities I visited, that we still have local comic shop retailers.

Special thanks to these great retailers (listed in the order of my FCBD visits): 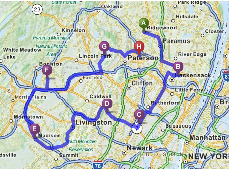