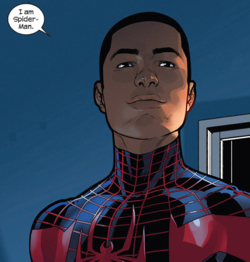 I guess Marvel senior vice president David Gabriel has had a bad week.

In case you haven’t heard – perhaps you were in solitary confinement – at the Marvel Retailer Summit Gabriel said that some retailers have told him that they “did not want female superheroes out there.” I have no doubt this is true: every industry has its share of morons, and sometimes – the Trump election is a case in point – those morons can influence policy. Capitalism being what it is, if enough morons have their way something really good and necessary gets chopped. For example, our President’s recent budget eliminated the miniscule funding for the Corporation for Public Broadcasting, the National Endowment for the Arts and the National Endowment for the Humanities.

Social media is instant, uncensored, and vox populi on steroids, so Gabriel’s comment was the latest shot heard around the world and everybody jumped on the bandwagon, taking his comments out of context, twisting them around, and making him appear to be the Adolf Eichmann of comics diversity.

Are there retailers who refuse to order, or who under-order, comics that star black, LGBT, and/or female characters? Of course there are. To quote from Blazing Saddles, “You know… morons.” Gabriel did say that Marvel’s commitment to diversity remains unchanged. He wasn’t backed into a corner and babbling bullshit to save his ass – he was standing behind a commitment made by a Fortune 500 company. Fortune 53 company, to put a fine point on it. And a publicly-traded company at that.

Did Gabriel say it in the most productive way? Hell, I don’t know. I wasn’t there, and I haven’t heard or read the statement in its entire context. At worst, it was phrased in a manner that was not adequately defensive. 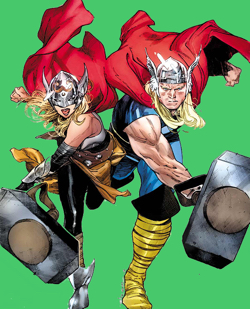 In these days of instant communication and instant reaction – and I’m not suggesting this is bad in and of itself – it is virtually impossible to make an important observation that won’t be shorthanded and tossed to the wolves. And I like wolves. I have been one; I will be again. Getting the full story in these days of shortened attention spans and heightened touchiness is a bitch. But it is what it is.

My own takeaway from this affair: First, David Gabriel reported that some retailers don’t like diversity in comics, and I have absolutely no doubt that is true. Second, David Gabriel stood behind Marvel Comics’ commitment to diversity and reaffirmed it.

Corporate America being what it is, that’s not a guarantee. But it is as good as one can expect given the circumstances. Don’t condemn the guy for reporting an observation made by some retailers, delivered at a conference of retailers.

There’s a broader issue, one that I think is at the heart of the criticism. Previously, Marvel announced that this fall their best-known characters such as Iron Man and Thor will revert to their original constructs. We all knew that was coming. I said so in this space before, and I didn’t hear a peep of criticism. But that doesn’t mean that characters such as Captain Marvel, The Wasp or Ms. Marvel necessarily will be altered, and that doesn’t mean that Lady Thor et al will no longer exist.

What we need, and this has pretty much been ComicMix’s point of view all along, is that we must continue to create original characters who are reflective of our entire society. Yes, that is not easy. Absolutely. It’s tough to sell a new character out there. But Marvel has the muscle of Disney behind it, just as DC has the muscle of Warner Bros. behind it. Archie has been doing this for a long time, and some of the “smaller” publishers such as IDW and Dark Horse have plenty of resources.

Diversity is not a fad. No matter how violently some people might react from behind the safety of their internet service providers, this change is here to stay if we remain vigilant and we protect our gains.