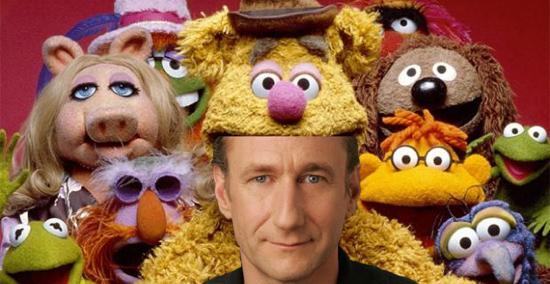 In my recent Dragon Con Round-Up I shared that this year’s Dragon Con kick-started a new fascination with puppetry for me (which, if you can imagine, may someday even rival my obsession with voice actors!).

This was due to two panels I attended, Brian Henson’s Evolution of Puppetry, and The Puppetry of Star Wars’ BB-8. Both were fantastic; and I found it just fascinating to watch the magical way in which the puppeteers, behind the scenes, bring the puppets to life. I was also fortunate to be able to ask Brian Henson some questions at a small press conference; and now, of course, I get to share all of that with you!

First we have a few clips from the Evolution of Puppetry panel which are just super fun. In one, Brian Henson demonstrates the Henson method of puppeteering with an actual puppet. It was delightful to be able to see both what Brian was doing “behind the scenes” and camera; and what the puppet’s actions actually looked like on screen. I tried to capture a little bit of that for all of you as well, so check out the video clip linked above to take a look. The second clip is another fun demonstration, this time of dual puppeteering. In this clip, Dave Chapman (one of the BB-8 puppeteers of the aforementioned Puppetry of BB-8 panel, along with Brian Herring) joined Brian Henson from the audience to help him demonstrate how two puppeteers can work the head and hands of a puppet in synch (or sometimes not so much in synch!). It’s really funny, so check it out here. And finally, we have a bit of the audience Q & A that Brian Henson did at the end of his panel, with some cool insights into what it’s like to be a puppeteer.

Next, I asked Brian some questions during his Dragon Con press conference; and it was awesome. He talked about adapting Terry Pratchett’s The Wee Free Men; the challenges of puppetry; the improv show Puppet Up; animatronics and puppetry; Fraggle Rock; Labyrinth and its fandom; the heart and goals of the Henson Company; previous and upcoming Henson Company projects; the interactions of the Muppets with real people and celebrities; adapting classic literature using The Muppets; and much, much more!

You can watch the whole press conference here; and it’s well worth it. What an amazing, talented guy!

So check that out, enjoy, and stay tuned for more cool stuff coming soon. And until then, Servo Lectio!