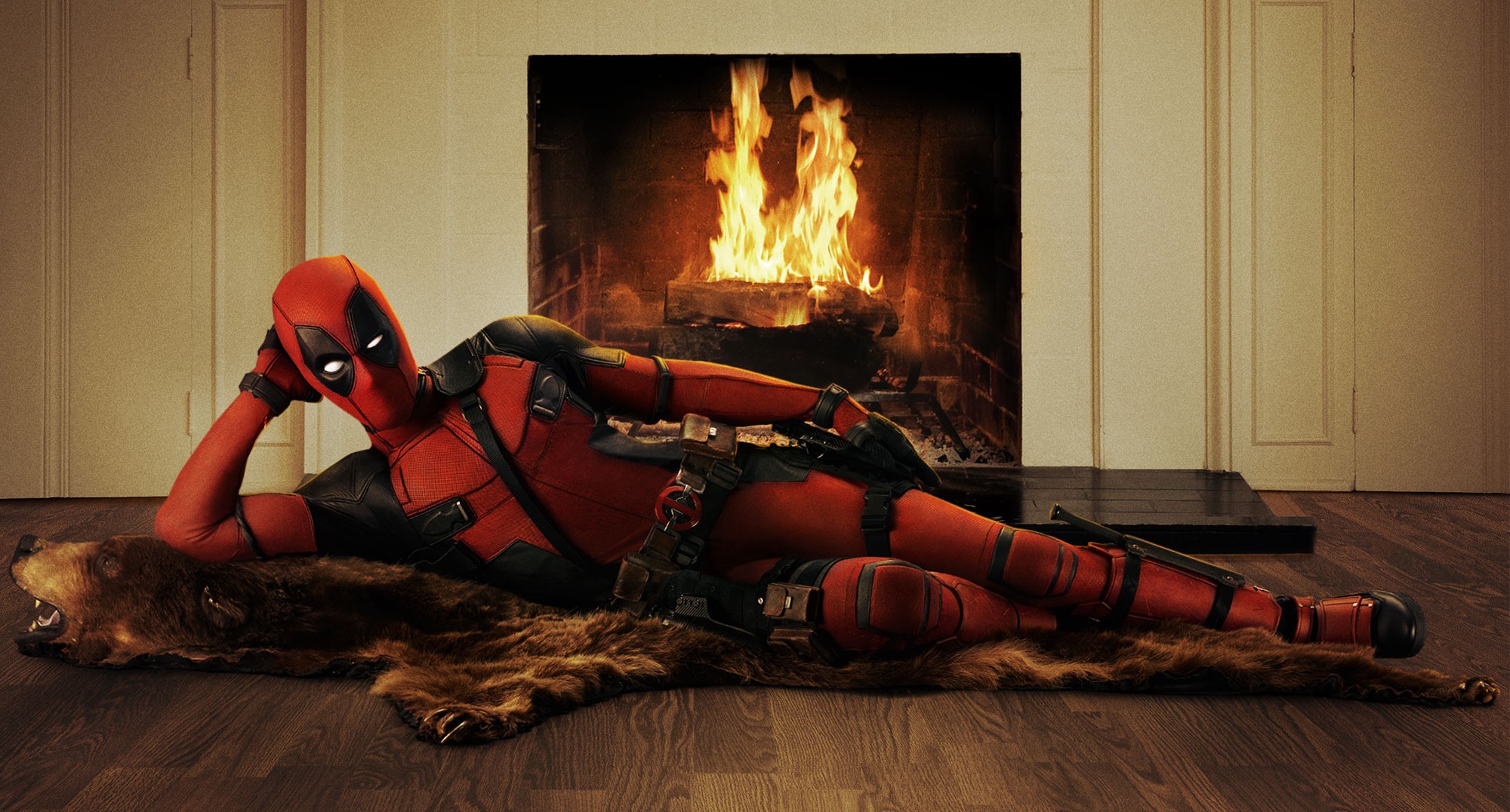 Deadpool is a good superhero movie that people are going to convince themselves was an excellent superhero movie. It’s got a couple good action beats, it feels like a cohesive part of a larger universe without being overly constrained, it has a serviceable (and age appropriate) love story, and it’s clever… but not quite as clever as it thinks it is. You can wink at the camera and tell me that you know that you’re doing all of the usual genre clichés, but that doesn’t make the clichés any less boring. I wanted Deadpool to be a movie that broke the mold, but instead it just spends a lot of time telling you it’s better than the mold and not showing you.

Ryan Reynolds is kind of a fiat movie star; he’s handsome and famous but if you look at his credits it doesn’t seem like an impressive career. I have very few distinct memories of Ryan Reynolds performances but I do remember leaving Green Lantern and thinking, “This movie was kinda bad but it wasn’t Ryan Reynolds’s fault.” These are not the kind of ringing endorsements that careers are built on, but Reynolds feels like the perfect choice to play Wade Wilson. He’s funny and charming and the self-deprecation feels a little more real because he isn’t an A-list actor in his own right. The only other actor I could even imagine playing this part with the same zeal is James Franco, and that’s an objectively worse choice (although think of all the Spider-Man 3 jokes we could have gotten). Everything that doesn’t work about Deadpool is saved by Reynolds’s overwhelming performance, and all the things that work are pushed to even greater heights.

The rest of the cast fine but there are precious few standouts among them. I’m fond of Morena Baccarin but this part, even as the female lead, is small and gives her very little room to show anything. Gina Carano is the most imposing woman working in film this side of Gwendoline Christie and she looks like a million bucks in this, her second consecutive feature film that’s barely asked her to talk. T.J. Miller plays a comic relief character in a movie full of comic relief characters, and while he hits every punchline I never wished he was on screen more often. Ed Skrein might do the movie the biggest disservice as the main villain Ajax, as he’s just so unbelievably boring that while I want Deadpool to get his revenge I wish he could do it without having to hear another generic British bad guy deliver generic bad guy dialogue. Brianna Hildebrand seems like she could be a breakout star if she’s given enough chances to play Negasonic Teenage Warhead, although she’s certainly not in the next X-Men movie, would likely feel shoehorned in to any sequels in this franchise, and might simply never get another chance.

So I’m generally fond of the acting in Deadpool, and the action is a solid B+ (even if three of the top five moments were given away for free in the trailer) but where it fails to deliver for me is in the story. This is the same origin story then damsel in distress formula I’ve seen a thousand times. I was tempted to use hyperbole and say a million but I’m confident it has actually been at least a thousand times by this point. Deadpool loves to show how it knows that it’s a movie and how familiar it is with all these tropes but it isn’t brave enough to actually break out of them in any way. I’m sick of origin stories and telling me I’m going to see one doesn’t make it better. I’m slightly less sick of hostage girlfriends but only because a lot of movies don’t bother to develop enough characters to have compelling alternative hostages. It’s also disappointing that for all the snark they have about the genre that they direct none of it at the sexualized violence the genre is often bogged down in and even contributes some for itself. Deadpool is going to get credit for being clever and subversive and it’s only doing those things at a four out of ten and for it to feel real I need them to aim much higher.

I’m happy that Deadpool exists and I enjoyed watching it (when I wasn’t groaning at the idea of watching another person get experimented on until they develop super powers) but it isn’t there yet, and I hope the praise it’s getting doesn’t make it sit on its laurels. There’s a spark of great potential here and I’m instantly more excited for Deadpool 2 than I am for any superhero movie that isn’t Civil War because it could actually be something unique and clever. Deadpool is a great first step but I need them to keep going.

Emily S. Whitten: The Deadpool is in the Details

Right now I’m walking a fine line between “super-excited for the upcoming Deadpool movie,” and “so excited I will finally give in and read the leaked movie script;” but I’m still trying to resist! It’s hard, though. With Ryan Reynolds constantly tweeting about the movie (which, don’t get me wrong, I’m not complaining about!) and now set pictures of Wade Wilson and costumed Deadpool showing up online, I just want to dive into every detail of what we know about the upcoming movie, spoilers be damned!

But for now, I’m managing to restrict myself to IMDB and those sweet, sweet set pictures. (And the test footage, which never gets old. Oh, and of course this April Fool’s Day video.) Even the pictures are pretty exciting, though. The first set shows Morena Baccarin as Vanessa Carlysle, Ed Skrein, Gina Carano as Angel Dust, and Ryan Reynolds as Wade Wilson/Deadpool with a disfigured face, indicating that this is after he washes out of the Weapon X program. It’s hard to see exactly how bad they’ve made his face close up, but it appears to be closer to this than this or this. I was wondering how they’d do his face; given that in the comics he’s been depicted on all ranges of the spectrum when it comes to his cancer tumors and scars; but this looks at least reasonably bad without being completely out of hand, so I’m happy.

Even more important than his face, given the amount of time we generally see his face versus his mask, is the Deadpool costume we get to see here. I’m super excited about what I’m seeing; it looks both “real-world” practical enough to be convincing as the garb of a mercenary-turned super(hero)(villain)(insert murky moral code here), and faithful enough to the comics to make my inner fangirl jump up and down. It looks like it will appear realistic even in the midst of stunt work, which is cool.

All told, from head to toe it seems the designers are dedicated to getting this movie right for the fans, and like they know what they’re doing.

Details such as the seams and little back point on the mask, the bullet marks, the many pouches (hee!), and the leg holsters and sheathes really bring the comic book Deadpool to life, and that makes me all sorts of happy. (Now, if he had Deadpool symbols on the soles of his shoes and his boxer shorts as well as his belt buckle, I’d really know the designers are on the ball. Sadly at least the shoe soles look like they’re lacking the trademark circles. Who knows if we’ll see the boxers…eh? Eh? ) The one thing I’m not a huge fan of from what I’m seeing are actually his boots – the toe-caps are definitely sometimes canon, but man, do they kind of make the boots look like combat Mary Janes.

Oh well. If that’s the worst that can be said, that’s not bad. I’m also pretty curious to see how the mo-cap on his eye area will work out throughout the movie. In the comics, Deadpool’s uneven squint is a classic and common part of his visual personality. The test footage made the movement of Deadpool’s eye shields in the mask look natural; but we haven’t seen the squint as yet. Hopefully we’ll get at least a little bit of that in the film.

All around what I’m seeing, plus knowing that at least Copycat and Weasel will be showing up in the movie as well, are making it hard for me to bear the wait until February 2016 for the final film. But at least these pictures and everything I’m reading (and, you know, Deadpool fanboy Ryan Reynolds playing the character) are assuring me that the movie will most likely be worth the wait. And if the movie is awesome and does well (oh please oh please oh please), maybe we’ll even luck out and get more Deadpool. I’m thinking Taskmaster; I’m thinking Deadpool, Inc.; I’m thinking an epic Cable & Deadpool buddy flick!!!!! Wouldn’t that be amazing?

Excuse me while I go daydream. And until next time, check out the Deadpool pics and Servo Lectio!