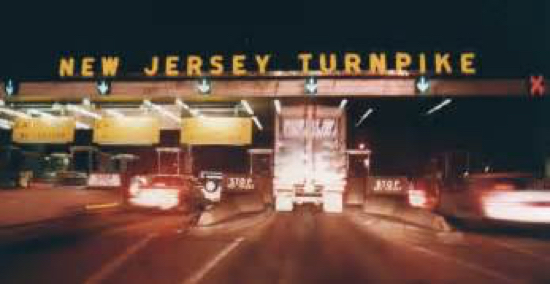 So exhausted last night. And aggravated. Got stuck in a major traffic jam on the New Jersey Turnpike that was so bad I finally said fuck this, made an illegal u-turn, backtracked and got off the turnpike, and drove through side streets in Newark and Jersey City until I finally got home 3½ hours after I had left my starting point. By that time I had to pee so badly I was actually in pain, and I was cursing as I parked the car because I knew that at any minute I was going to wet my pants, and then of course, the straps on one of my bags broke and the contents went spilling all over the street, so by the time I actually got into my apartment building’s elevator I knew it was a lost cause, despite the Kegel’s, and yes, ladies and gentlemen, I wet my pants. The stream of urine warmed my upper thighs and my tuchas, and I cursed and at the same time felt so much physical relief.

Anyway, like I said, I was exhausted. I dropped everything I held in my hands to the floor in the hallway, went to the bathroom, tiredly cleaned myself up, threw my jeans and everything else down below into the laundry basket, put on my bathrobe, lay down on the couch, turned on the TV, and fell asleep. Out like a light. TV – the perfect lullaby. 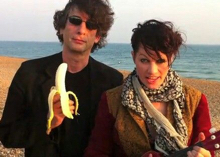 And I woke up to Neil Gaiman in my living room. No, no, no, not that way. Neil is a married man, to the wonderful and amazingly talented musician Amanda Palmer. The TV was still on and there on the screen was Neil in the eponymous documentary Neil Gaiman: Dream Dangerously. I lay on the couch and watched for a while, memories flooding my head, watching Neil (whom I haven’t seen in a gazillion years) and other friends like Karen Berger and Heidi MacDonald (I haven’t seen them in a gazillion years, either), and then I finally got up, made my tea, turned on the computer, and started to write today’s column.

On Saturday I watched the first three episodes of Hulu’s adaptation of The Handmaid’s Tale, which is based on Canadian author Margaret Atwood’s 1985 dystopian novel. Brilliant. Abso – fucking – lutely brilliant. And also horribly scary.

The scariest thing about it?  The destruction of the United States of America happened so slowly, it was so normalized, that it wasn’t noticed until it was too late. In the third episode, “Late,” Offred (Elizabeth Moss) realizes she has awoken to the world, that “she was asleep before… Nothing changes instantaneously. In a gradually heating bathtub, you’d be boiled to death before you knew it.”  We learn that the rights of citizens were suspended in the interests of national security – terrorism was blamed for the assassination of the President and the destruction of Congress, though the truth was far more ominous.  Each “sacrifice” that followed was an incremental one, one made for the “greater good.”  (The needs of the many outweigh the needs of the few… or the one?)  Until, finally, without realizing it, it was all gone. And it was too late.

“Having been born in 1939 and come to consciousness during World War II, I knew that established orders could vanish overnight. Change could also be as fast as lightning. ‘It can’t happen here’ could not be depended on: Anything could happen anywhere, given the circumstances.” 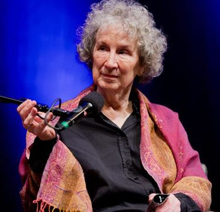 Including a “Baby Man” in the White House.

My theory on Trump’s “policies” always boiled down to this: “I’ll show him!” Everything about Trump, even his decision to enter the Presidential campaign, is that most simple reasoning of any child – or immature adult – who has been teased, made fun of, or otherwise embarrassed. He is determined to undo anything and everything President Obama enacted. All because the former President made fun of him at that White House Correspondent’s Dinner.

From “Trump Discards Obama’s Legacy, One Rule at a Time” (New York Times, May 1, 2017, by Michael D. Shear): “An obscure law known as the Congressional Review Act gives lawmakers 60 legislative days to overturn major new regulations issued by federal agencies. After that window closes, sometime in early May, the process gets much more difficult: Executive orders by the president can take years to unwind regulations – well beyond the important 100 – day yardstick for new administrations.

“So in weekly meetings leading up to Jan. 20, the Trump aides and lawmakers worked from a shared Excel spreadsheet to develop a list of possible targets: rules enacted late in Barack Obama’s presidency that they viewed as a vast regulatory overreach that was stifling economic growth.

“The result was a historic reversal of government rules in record time. Mr. Trump has used the review act as a regulatory wrecking ball, signing 13 bills that erased rules on the environment, labor, financial protections, internet privacy, abortion, education and gun rights. In the law’s 21-year history, it had been used successfully only once before, when President George W. Bush reversed a Clinton-era ergonomics rule.”

Hmm. My theory is proven.

How responsible are we, all of us, for allowing Trump to sit in the big chair? How much did we normalize his campaign? Certainly the media didn’t help, covering every rally, every stupid fucking tweet, as if once again the burning bush was speaking to Moses on the slopes of Mt. Sinai. Ratings, baby, ratings. But ultimately, it was We, the People, who did it. I was talking to a Trump supporter during the campaign, someone in the health field, like me, and I asked him how he could support someone who made fun of a reporter with a physical disability? He answered, “Oh, he wasn’t making fun of that guy. Go online, watch him at other rallies. Trump always throws his arms around like that.”

Normalization. Seeing only what you want to see.

Are you fucking kidding me?