So, spoiler alert. The comic industry as we know it is going to die. Well, according to Dan DiDio and Jim Lee it is. At the San Diego Comic Con – which I clearly didn’t attend because I already knew comics were dying – the DC honchos all but shook their rain sticks at the assembled retailers to eulogize the industry before revealing how they would save it.

Forgive me. You no doubt heard the thundering cacophony of my right eyebrow arching high on my face at a speed worthy of Barry Allen. The speed at which it jutted there clearly broke the sound barrier in a reflex akin only to those meta-humans with the ability to transcend space and time.

There’s literally too much to unpack from all they blabbed on about for me to fit in a single column. And rather than present evidence how the comic industry isn’t dying at all, I’d like to specifically snark back on one particular point DiLeeDoo made.

“Comic books have become the second or third way to meet characters like Batman and Superman, and we want to change that.” 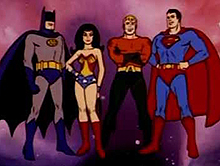 The statement itself is a bland platitude at best. It’s big-wigs trying fluff up their retailers – as well as comic fans – into believing their medium is purer than the first or second ways fans meet their heroes. That somehow, DC’s publishing arm will find a way to get kids into the comic shop before they see any licensed character on TV, movies, or frankly… the Internet. Of all the laughable things said at this panel – forgetting the whole part where they confirmed Dr. Manhattan made Rebirth happen – trying to pit comics against their motion picture counterparts takes the cake and crams in a pie to boot.

I am 35 years old. The first time I ever saw Batman? It was Adam West on the campy syndicated re-runs, in between episodes of Happy Days. Superman? Learned about him second-hand on any number of references dropped during episodes of Muppet Babies, or an errant episode of Challenge of the Superfriends. And while I would eventually seek the printed page for more mature and significant adventures of those (and all other) characters, the tent-pole flagship Trinity of DC Comics was met in motion long before the pulp.

Furthermore, as a Gen-X/Gen-Y/Millennial/Whatever I’m classified as these days, my generation learned and loved superheroes first via these extraneous ways, because the comics themselves were mired in the muck of massive continuities. As I’ve long detailed in this space previously, when comics peaked my interest it was because of an adaptation of an X-Men cartoon I’d seen the week prior. Investigating at the local Fiction House stressed me out when I saw an actual X-Men comic was on issue 568 (or whatever), and the shop keep made no qualms telling me he wouldn’t even know where to start me out if I was wanting to collect the book. 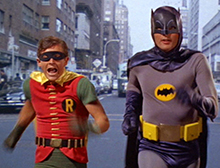 Times have since changed aplenty, but that doesn’t mean the same issues still exist if we are to take to heart Dan and Jim’s sentiment.

A 9-year old girl goes and sees Wonder Woman with her mom. She falls in love with Diana of Themyscira and begs her mom to learn more. They venture into the local comic shop, and what then? If the cashier is worth her salt? She’ll have a great big display of the now Eisner-Award Winning Wonder Woman: The True Amazon ready and waiting. But peer over to the rack, and where does our 9-year old go? Is the current issue of Wonder Woman ready and waiting? And where is Batgirl, and any other female-driven comics all set and ready for their newly minted fan?

And beyond that, how on Gaea’s green Earth would you ever suppose you’d find a way to get this 9-year old girl into the shop before she’d been enticed by the multi-million dollar blockbuster action film. Simply put, that’s proudly brandishing a knife in a nuclear bomb fight. It’s dumb to even think it, let alone declare it like a campaign promise.

To this point, credit where it’s due: Dan DiDio denoted the need for more evergreen books – titles that live outside any common continuity to tell great one-off stories – to specifically meet the needs of fans who come in (or come back) to comic books. The truth of the matter is no book will ever compete with a big release movie or a weekly television show. Video killed the radio star for a reason. And the Internet murdered the video star and put the snuff film on YouTube. To cling to printed fiction as some form of hipper-than-thou solution that could wage war with more ubiquitous platforms all in the name of changing the way the public meets their heroes is a dish I’ll never order, even if I’m starving.

To declare this was all in part to save the industry … well Dan: is it fair to have cultivated the problem only to turn around and say now you’ll save us from the very issues you created? That is some Luthor-level vertical integration if I ever did hear it.