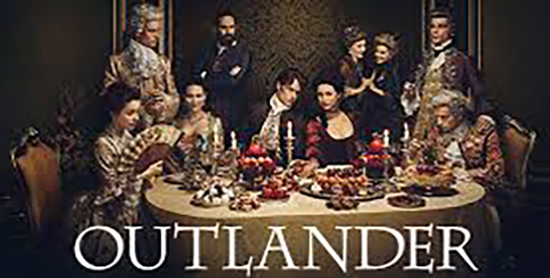 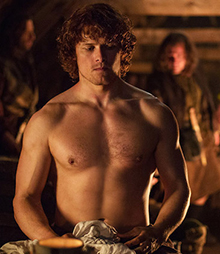 Droughtlander begins with the airing of the Season 2 finale, “Dragonfly in Amber.” Somehow millions of fans around the world must satisfy their continuing hunger for the Starz adaptation of author Diana Gabaldon’s book series that started with Outlander, first published way back in 1991.

Centering on the love story between 20th century Royal Army nurse Claire Beauchamp Randall Fraser (Caitriona Balfe) and 18th century Scottish Highlander James Alexander Malcolm Mackenzie Fraser, it encompassed the lead-up and beginning of the 1745 Jacobite Rising which climaxed in the final defeat of the Stewart claim to the British throne at Culloden Moor and the end of the Highland clan culture.

Interjection: Prime Minister David Cameron delayed the premiere of Outlander before the referendum on Scottish independence, so worried was he over its influence.

The millions of fans – and I am one of them – had to slate their hunger for more, more, more! through rereading the books (up to eight now, not counting the “sideways” shorter novels, novellas, and short stories, with Ms. Gabaldon hard at work on the ninth), rewatching Seasons 1 and 2 ad infinitum, relistening to podcasts (there are so many, but 31 are recommended here), and endless discussions on message boards and chat rooms. 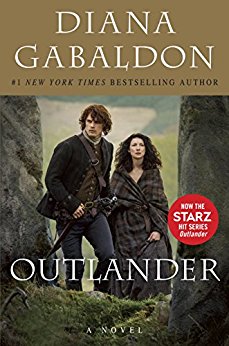 Outlander had a built-in audience when it premiered on Starz on August 9, 2014, but, like me, I think many, many tuned in because of the involvement of Ronald D. Moore, who had ultra-successfully rebooted Battlestar Galactica for the Sci-Fi channel (now horribly called, im-not-so-ho, SyFy) and who had “made his bones” writing for Star Trek: The Next Generation (first episode: Season 3’s “The Bonding”), Star Trek: Deep Space Nine (writer and co-executive producer), and Star Trek: Voyager. He was also a consultant on the HBO series Carnivale, where he met Terry Dresbach, the costume designer. Here’s a great article about the couple from the New York Times.

Neither Ron nor Terry have disappointed.

The final episode of Season 2, the aforementioned “Dragonfly in Amber,” ended with the Battle of Culloden about to start. Jamie, believing that he will die in that battle, forced Claire, who is pregnant, to return to the 20th century (in one of the most heartbreaking scenes I’ve ever seen) for the sake of their unborn child, whom Claire will raise with her 20th-century husband, Frank. It also jumped ahead to 1968; Frank has died, and Claire and her child, now a 20 year-old young woman named Brianna, have returned to Scotland, where Brianna (named after Jamie’s father) discovers the truth of her heritage…

And Claire discovers that Jamie did not die that day on the moor.

Will she go back?

Next weekend, September 22 – 24, is the Baltimore Comic-Con. ComicMixers Mike Gold, Glenn Hauman, Joe Corallo, Evelyn Kriete and Emily Whitten. And I’ll be there as well!

But because I’m not sure if I’m working on Friday – yes, I’m back at work, though I’m wearing an ankle brace – if you’re looking for me, I may not be at the until Saturday. With my niece Isabel – OMG, she’s 17!?? How did that happen!? – who has discovered the joys of comic conventioneering and cosplay. I am so excited to be able to share my love of the medium with Izzy!

A giant and heartfelt thank you to everybody who contributed and made Mine!: A Celebration of Freedom & Liberty Benefitting Planned Parenthood possible.