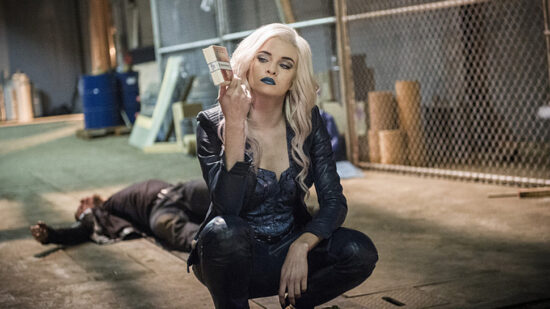 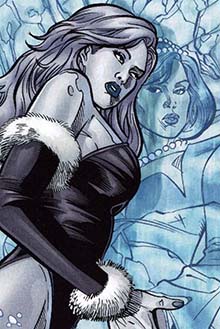 Poor unfortunate Caitlin Snow – not only was The Flash favorite transformed into super-villain Killer Frost but now her latest love interest has gone and vanished.

Actress Danielle Panabaker said: “Here’s the one thing I will say about Caitlin’s relationship with Julian last year – I think he was more into her than she was into him. She was dealing with so much personal stuff, so much turmoil, as she was learning about her powers. So I think it’s a loss for the show and for Team Flash, but I don’t know that Caitlin feels Julian’s absence as deeply as she felt, for example, [her late fiancé] Ronnie’s absence.

The above I plucked, more or less at random, from a computer news column. If you didn’t happen you see this particular item, or you did see it and decided it wasn’t worth any time or effort (and I’ve been meaning to speak to you about your attitude, young man!) but even if this item missed you, you’ve certainly read stuff like it, especially if you’ve ever taken and English Lit. Class (and who among us hasn’t?) 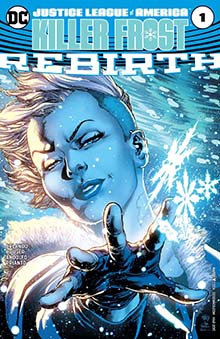 Allow me to elucidate.

The paragraph I quoted reports on an interview with Danielle Panabaker, a charming young actress who portrays a scientist on a television series based on a long run of printed comic books titled – some of you may have guessed this – The Flash.

Allow me a digression. I once had a friendly dispute with a book editor over the proper usage of an article in proper nouns. Since, in this and similar cases, (The Green Hornet, The Lone Ranger etc.) the article – “the” – is a part of the character’s name and not just a minor element of a sentence, it merits – nay, demands – the same treatment – courtesy? – as the bulkier sections of the character’s name. It’s all part of the same thing, really. 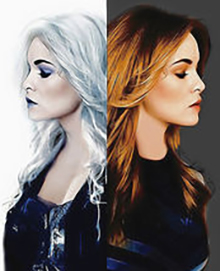 That is, it is part of a signifier for a person who has never really existed. This “Julian” is a construct fabricated from several people’s imagination – primarily actors and writers – plus computers and ink and, since we’re talking television here, bandwidth and assorted electronic voodoo hoodoo and such. So, when Ms. Parabaker opines that “I don’t know that Caitlin feels Julian’s absence as deeply” as she felt another character’s absence… well, lovely Ms. Panabaker, no she doesn’t. Because neither she nor Julian exist, not the way you and I and Washington politicians exist: you know – flesh and blood and tax bills and all that kind of good stuff. Any thoughts and/or feelings not present on a script, placed there by a member of the Writers Guild (who is, no doubt, a master of exposition) just… isn’t – not so far as the fabrications we’re blathering about are concerned.

We can’t blame the television folk. I think he tends to treat fictional beings as fact goes back a long way – maybe a long, long way.

Any harm? I don’t know, but there is, I think, just maybe, this behavior encourages us to accept on faith what we’re told without knowing that we’re accepting or questioning anything. We’re generally unaware of the air we breathe.

And didn’t I mention politicians a few paragraphs back?