We’ve been a big fan of Gabrielle Union and her work for some time so we’re thrilled to partner with Universal Home Entertainment to offer one lucky reader a Combo Pack (Blu-ray, DVD, Digital HD code) of Breaking In – Unrated Director’s Cut.

If you missed it, the film is about Shaun Russell (Union) who takes her son and daughter on a weekend getaway to her late father’s secluded, high-tech vacation home in the countryside where the family soon receives an unwelcome surprise from four men who break into the house in search of a hidden safe. After managing to escape, Shaun stops at nothing to turn the tables on the thieves and rescue her two children being held hostage in a house designed with impenetrable security. No trap, no trick and especially no man inside can match a mother with a mission. The film was directed by James McTeigue (V for Vendetta, Sense8), and also stars Billy Burke ( Twilight series), Aijona Alexus (13 Reasons Why, Acrimony), and Seth Carr (Black Panther).

To enter, all you have to do is tell us about your scariest family trip experience. We need your entries received no later than 11:59 p.m., August 7. The contest is open only to readers in North America and the judgment of ComicMix will be final.

BONUS FEATURES on BLU-RAYTM and DVD

Pacific Rim Uprising was the immensely entertaining sequel of a world where Jaegers battles Kaiju with the fate of the world at stake. Universal Home Entertainment has provided us with a copy of the Combo Pack, on sale June 18, for a giveaway.

All you have to do is tell us what your qualifications are to become a Jager and why you want to fight Kaiju. Post your answers no later than 11:59 p.m. Monday, June 18. The decision of ComicMix‘s judges will be final. The contest is open only to North American readers.

Universal City, California, April 19, 2018 – Ten years after the events of the first film, the Kaiju return in Pacific Rim Uprising with a new deadly threat that reignites the conflict between these otherworldly monsters of mass destruction and Jaegers, the human-piloted super-machines that were built to vanquish them. Pacific Rim Uprising arrives on Digital and the all-new digital movie app MOVIES ANYWHERE on June 5, 2018, as well as on 4K Ultra HD, 3D Blu-rayTM, Blu-rayTM, DVD and On Demand on June 19, 2018 from Universal Pictures Home Entertainment. Building on the striking visual world created in the first film, Pacific Rim Uprising features a next-generation battleground complete with upgraded Jaegers and new Kaiju that offers a captivating a state-of-the-art spectacle perfect for your next night in. Experience one-of-a-kind special effects and more than forty minutes of bonus content when you own the next installment on 4K Ultra HD, 3D Blu-rayTM, Blu-rayTM and DVD.

In Pacific Rim Uprising directed by Steven S. DeKnight, John Boyega (Star Wars: The Force Awakens) stars as the rebellious Jake Pentecost, a once-promising Jaeger pilot whose legendary father gave his life to secure humanity’s victory against the monstrous Kaiju. Jake has since abandoned his training only to become caught up in a criminal underworld. But when an even more unstoppable threat is unleashed to tear through our cities and bring the world to its knees, he is given one last chance to live up to his father’s legacy. Jake is joined by gifted rival pilot Lambert (The Fate of the Furious’ Scott Eastwood), 15-year-old Jaeger hacker Amara (newcomer Cailee Spaeny), returning veterans Charlie Day (“It’s Always Sunny in Philadelphia”), Rinko Kikuchi (Pacific Rim), Burn Gorman (The Dark Knight Rises) and a talented crew of fiercely young cadets. The international cast also includes Tian Jing (Kong: Skull Island) and Adria Arjona (“Emerald City”). Rising up to become the most powerful defense force to ever walk the earth, they set course for a spectacular all-new adventure on a towering scale.

Win a copy of A Wrinkle in Time Combo Pack 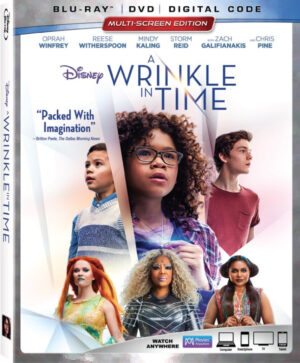 You can enjoy Ana DuVernay adaptation of  A Wrinkle in Time at home starting Tuesday, or you can buy the Blu-ray release on June 5. Better yet, enter our contest and win the Combo pack!

The adaptation of Madeleine L’Engle’s classic novel boasts a stellar cast and stunning visuals that have to be seen. To win the one copy, please tell us about your reaction to this mind-bending tale of children exploring other realities. What did you feel when you first read the novel or saw the film? Post your answers by  11:59 p.m. Friday, June 1. The decision of the ComicMix judges will be final. The contest is open only to residents of North America.

As fantastical as the film’s premise and imagery may seem, A Wrinkle in Time centers on a universal human need that feels particularly relevant and relatable today. “This is a story about belonging,” says DuVernay. “It’s about a girl who just doesn’t feel strong in her mind, body and spirit. But through this epic journey, she finds her strength and learns that the center of the universe starts inside her. It’s about Meg feeling like she belongs in the universe and has a mighty part to play… as do we all.”

It’s been a while since there was a well-made, ell-received romcom and Home Again seemed to revive a genre thought dead. To celebrate the season and its release on home video tomorrow, Universal Home Entertainment has provided us with a Combo Pack (Blu-ray, DVD, Digital HD) to give away.

All you need to do is tell us which Reese Witherspoon performance is your favorite and why. Entries should be submitted no later than 11:59 p.m., Friday, December 15. The contest is open to North American readers only and the judgment of ComicMix‘s judges will be final.

Academy Award® winner Reese Witherspoon (Big Little Lies) stars in Home Again, a modern romantic comedy about love, family, and new beginnings. Home Again arrives on Digital on November 21, 2017, and on Blu-rayTM, DVD, and On Demand on December 12, 2017, from Universal Pictures Home Entertainment. Smart and oozing with charm, the film takes viewers on a heart-warming journey of laughter, emotion, and self-discovery as Witherspoon navigates life as a newly single mother of two. The perfect holiday gift for romantic comedy fans of all ages, Home Again on Blu-rayTM, DVD and Digital features a bonus commentary with the director and the producer of the film, taking viewers even deeper into the heartfelt story.

Produced by Nancy Meyers, who brought us beloved films including Something’s Gotta Give, The Holiday, and The Intern, Home Again is filled with a talented ensemble cast including Michael Sheen (Midnight in Paris), Lake Bell (What Happens In Vegas), Nat Wolff (The Fault in Our Stars), Pico Alexander (A Most Violent Year), Jon Rudnitsky (Saturday Night Live) and Candice Bergen (Miss Congeniality).

Alice (Witherspoon), a recently separated mother of two, finds her life upended when three young, charismatic filmmakers move into her guest house. Alice’s unlikely new family and a budding romance comes to a crashing halt when her ex-husband shows up, suitcase in hand. A story of love, friendship, and the families we create, Home Again is a modern romantic comedy with one very big life lesson: starting over is not for beginners!

Home Again will be available on Blu-ray™ combo pack which includes Blu-ray™, DVD and Digital.

Win a Copy of Game of Thrones: The Complete Seventh Season 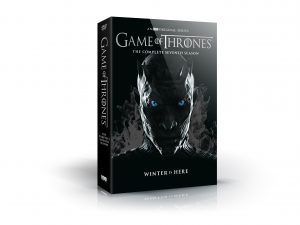 Winter arrived in Westeros and things are not looking good for the Lannisters, Tyrells, and the rest of the clashing clans. Since we have a long wait until the final season in 2018 (we hope), we have plenty of time to sit back and rewatch the seventh season of Game of Thrones. Thanks to our friends at HBO, we have one copy of Game of Thrones: The Complete Seventh Season Blu-ray/DVD combo to give away.

Think back to the short but potent season and tell us your favorite moment and why. All submissions must be made by 11:59 p.m., Friday, December 1. The contest is open only to North American readers and the decision of ComicMix’s judges will be final. 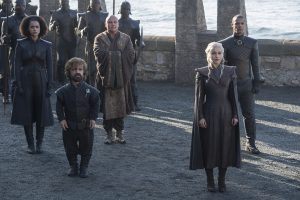 Win a Copy of Atomic Blonde & The Coldest City GN 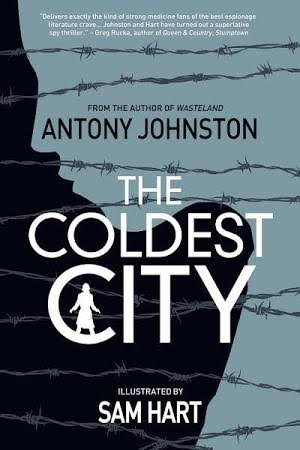 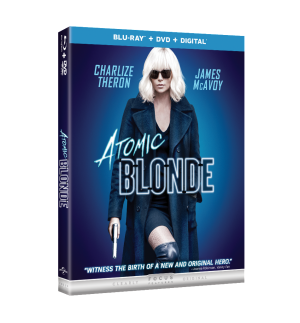 Atomic Blonde arrives on DVD next week and we’ll give you a hint, we loved it. Thanks to our partners at Universal Home Entertainment,  we have a combo set of the Blu-ray edition of the film along with a copy of The Coldest City,  the graphic novel it was based on. The Cold War spy thriller is by Antony Johnston and illustrated by Sam Hart.

In order for you to be eligible to wn this, tell us about your best encounter with a personal “atomic blonde”. Your entries have to be submitted no later than 11:59 p.m., Wednesday, November 15. The contest is only open to readers in North America and the decision of ComicMix‘s judges will be final.

We look forward to your entries while you enjoy the action thriller, starring Charlize Theron.