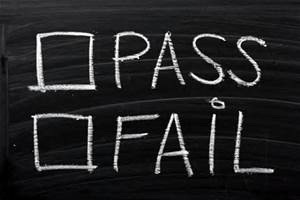 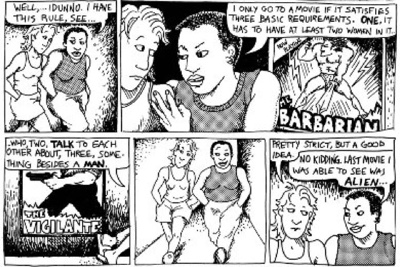 Last week, I vented my pique at Marvel’s tone-deaf marketing of the new Spider-Woman comic. Then, on Monday, my esteemed colleague, Mindy Newell, offered a different perspective. Who’s right? Normally, I would say I’m right because I’m the mommy. However, in this case, Mindy has also given birth, and even trumped my creds by being a grandmother. So I’m not playing that card. This also means I can’t just say “Because I said so.” Denied my two favorite debating tactics, I’m going to have to approach this from a different angle. Despite what one might think about feminism and other kinds of so-called “identity politics,” there isn’t a single governing board that determines what is “politically correct.” There are married feminists who take their husbands’ last name, stay home with the kids, and volunteer at the PTA. There are radical lesbian separatists who live in communes and never have to interact with men at all. There are feminists who wear make-up, dye their hair, use Botox and wear high heels. There even used to be Republican feminists. To be a feminist, you must support equal rights and opportunities for all, and respect the right of women to define themselves and their role in the world. See? You don’t even have to be a woman to be a feminist. Being a feminist doesn’t mean one doesn’t enjoy sex. Not even heterosexual sex. It does mean one opposes coercion, rape, and the unwilling objectification of one’s partner or partners. It means one can imagine a woman being the subject, rather than the object, of desire. In other words, feminism is not the same as Puritanism. So, what does this have to do with comic books, I hear my editor thinking? Plenty. For one thing, it means that a comic book cover, like the variant for Spider-Woman #1, is not a feminist image. It is not intended to make women feel empowered, nor to show a woman being heroic. However, that doesn’t mean a feminist can’t like the cover. Manara is a famous artist with millions of fans. Liking the cover doesn’t make them “bad” feminists. As a feminist, I am in favor of pleasure and joy. I like a lot of media that isn’t specifically feminist. I like Power Girl, for crying out loud. I like those inane Silver Age stories where Superman has to “teach a lesson” to Lois Lane for having the nerve to try to do her job and find out his secret identity. And, as a feminist, I’d like to propose a new standard for graphic storytelling, similar to the Bechdel test, dubbed the Willis test by the Jezebel blog. They quote pioneering rock critic Ellen Willis, who wrote this: “A crude but often revealing method of assessing male bias in lyrics is to take a song written by a man about a woman and reverse the sexes. By this test, a diatribe like [the Rolling Stones’] “Under My Thumb” is not nearly so sexist in its implications as, for example, Cat Stevens’ gentle, sympathetic “Wild World”; Jagger’s fantasy of sweet revenge could easily be female—in fact, it has a female counterpart, Nancy Sinatra’s “Boots” – but it’s hard to imagine a woman sadly warning her ex-lover that he’s too innocent for the big bad world out there.” Would Supergirl try to teach Jimmy Olsen a lesson if he tried to find out her secret identity? Of course she would. Would Superman wear a costume that distracted his enemies by focusing their attention on his sexual organs? Of course he would not. Would Spider-Man stick his ass in the air submissively, as a way to demonstrate his web-sticking abilities? I don’t think so. Is this a comic book I would buy for a young girl? Probably not, unless she was taking a class in gender studies and had the vocabulary to talk about it. None of this will stop me from enjoying Power Girl stories (unless Scott Lobdell starts writing them and turns her into Starfire), as long as I still find them fun. Comic books and fun. Now that’s a marketing campaign I’d like to see.