Mike Gold: This Empire Strikes Out 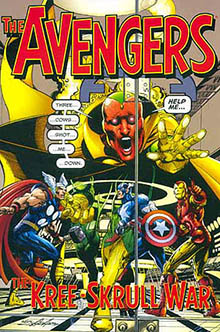 Does anybody else remember Marvel’s Kree – Skrull War? It was one of those mammoth, Marvel Universe shifting events: damn near everybody was in it, it had tons of intergalactic action, some serious character development… everything you could want in a major storyline. Of course, its legendary status was exacerbated with a truly stellar list of creative talent: Roy Thomas, Sal and John Buscema, and Neal Adams.

Here’s the part that might stun “younger” (as in “not-geriatric”) readers. The entire story was told in eight issues! No tie-ins, no auxiliary sidebar rack-space-wasting and largely unnecessary crossovers and mini-serieses. No phony “death” scenes and, therefore, no waiting until those dead people were mysteriously resurrected.

Now, let’s compare that with Marvel’s just-sort-of-ended Secret Empire “event.” You know, the one that came close to burning down the House of Ideas.

Putting aside the antipathy and even outrage expressed by those few fans and retailers who prefer heroes with white robes and pointy hats, Secret Empire consisted of 11 issues written by Nick Spencer (yes, I’m counting issue #0), “fleshed out” by what seemed like thousands of additional comic book tie-ins, auxiliary sidebar rack-space-wasting and largely unnecessary crossovers and mini-serieses and phony “death” scenes. And by “fleshed out,” I refer you to Franz Kafka’s short story “In The Penal Colony.” 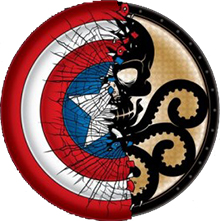 Here’s the rub. Spencer’s basic story concept is solid. The cosmic cube, given the form of a little girl who just wants to make everybody happy by improving the world, screws up and retcons time so that the pre-Captain America Steve Rogers actually was a Hydra sleeper agent. He still became Captain America and (I think) just about everything that happened in the Marvel Universe still happened, until Captain America wakes up, takes over Hydra and then takes over America.

There’s nothing wrong with that story, and it could have been told in less than 11 issues, preferably in alternating issues of Spencer’s two Captain America titles. The story would have reflected on writer’s vision and not be watered-down and screwed-up by an infinite number of additional hands. The “Crusty Bunker” model only works when you are seriously behind schedule and have no other options. I suspect readers would have enjoyed it, and retailers would have been eager to rack the series.

It’s not even over. There are several epilog issues coming, some as crossovers, some as “stand-alones” – depending upon your definition of standing alone.

Just as Secret Empire really was an extension of Avengers: Standoff and Civil War 2, Secret Empire leads into a whole bunch of remarkably superfluous-sounding events. You want to restore the original numbering to end long-time confusion and create brand-new confusion? Then do it. You want to restore the “classic” characters to their original white and almost-entirely male visages? Then do it. We all knew you would eventually.

But if you want to restore the magic that was Marvel Comics, then stop doing all these meaningless, overwrought and overpublished events. Stop telling two-issue stories in eight. Stop tying in to more comics simultaneously than most readers can afford to buy, even if we had the time to read them all.

There’s at least one additional reason why so many people have soured on Marvel Comics, and I’ll tell you all about it next week… if I remember.