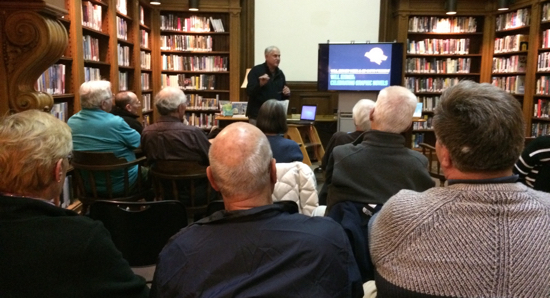 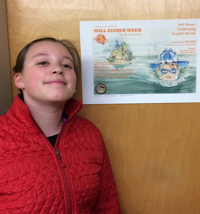 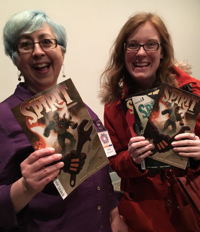 This is a little story of a little town that shifted from stoking fear to promoting creativity.

A few days before Christmas 1949, one of the Catholic elementary schools in Auburn, a small town nestled in Central New York state, encouraged children to bring their comic books from home and burn them in a school bonfire. The fear was that reading comics promoting juvenile delinquency. In fact, the school’s principal would even write a positive letter about the burning that was published in the local paper, The Auburn Citizen. This was before those misguided efforts really gained steam, culminating in the 1954 Senate Subcommittee Hearings on Juvenile Delinquency, focusing on comic books.

But a lot has happened since then. The region gave birth to one of the first-generation comic shops. Several more would follow, and recently the town just enjoyed its first comic convention.

And to celebrate the annual Will Eisner Week, Auburn hosted two events. Will Eisner week is a worldwide annual event that celebrates the birth of Will Eisner, called by many the father of Graphic Novels. And to make it special, 2017 marked the centennial celebration. 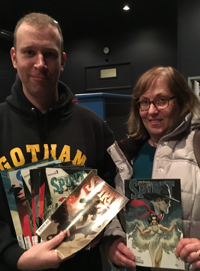 “Comic books are truly international. Will Eisner Week is celebrated in Angouleme, France to Sofia, Bulgaria, in Amherst, Massachusetts to Winter Park, Florida, in libraries, museums, bookstores, comic book shops, and online. Will Eisner was born in Brooklyn, New York 100 years ago during the Great Depression of first-generation immigrant parents, but even at an early age, he knew that comic books could be literature and would eventually hang on museum walls,” said Carl and Nancy Gropper of the Will & Ann Family Eisner Foundation. “We therefore celebrate sequential art, graphic novels, free speech, and his enduring legacy.”

On Eisner’s actual birthday, I presented an overview of the Will’s career and showed part of the 2008 movie, The Spirit, at The Seymour Memorial Library. This small town library embraces creativity and has a fantastic graphic novel collection. This library was actually designed by the same team who created the iconic New York Public Library, so there’s an impressive majesty to it all. The Library’s Director, Lisa Carr, is an enthusiastic proponent of graphic novels and has worked with Seymour’s Community Services Coordinator Jaclyn Kolb to create this unique event. 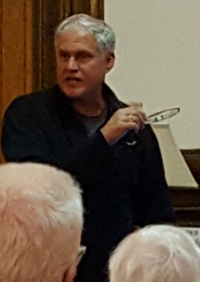 The following night, the Auburn Public Theater screened the documentary Will Eisner: Portrait of a Sequential Artist, followed by a Q & A session. Angela Daddabbo, one of Auburn’s most passionate and creative voices, works hard to ensure that this venue provides a variety of enriching events to the local population.

Geek Culture at large got behind these events too. Paul Levitz donated an autographed copy of his recent book: Will Eisner: Champion of the Graphic Novel. Dynamite Entertainment donated comics of Will Eisner’s The Spirit (by Matt Wagner, Dan Schkade and Brennan Wagner) and Will Eisner’s The Spirit: The Corpsemakers #1 (by Francesco Francavilla) as well a hardcover of the recent Will Eisner’s The Spirit collection. Syracuse’s Salt City Comic-Con awarded three pairs of tickets to lucky attendees for their upcoming June comic convention.

“We’re thrilled by all the events for Will Eisner Week, especially in this Centennial year., in which we have over 100 events worldwide! I’m especially encouraged when new cities, like Auburn, New York, join the celebration,” said author/editor Danny Fingeroth, Chair of Will Eisner Week.

It was an invigorating experience for all involved. And Auburn’s pretty much stopped burning comics.