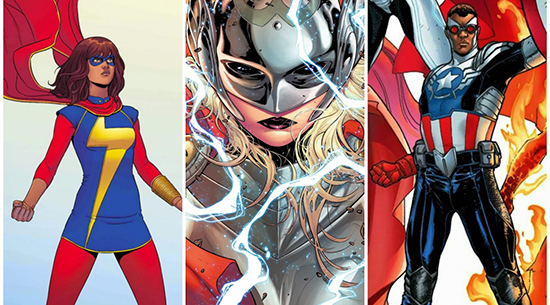 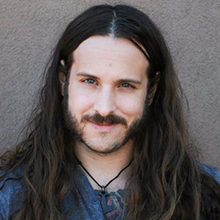 Aubrey Sitterson is currently writing one of the G.I. Joe comics over at IDW. He has a reputation for poking the bear when it comes to those on the right who are upset about decisions he’s made in changing characters and the roles of said characters in order to create a more diverse book that will appeal to new audiences; something that properties like G.I. Joe could always use. Last week on September 11th, Aubrey sent off a couple of tweets regarding 9/11. He talked about who has a right to be upset about what happened on that day and questioned the sincerity of some people expressing anger and grief over what happened.

While I agree with Aubrey’s politics in terms of pushing for wider diversity in comics, in comments regarding 9/11 were very inappropriate. They were not comments made to friends in private, or even on a private Facebook page; they were public statements made on his public Twitter account. I have every right to be offended by what he said as do many other people. 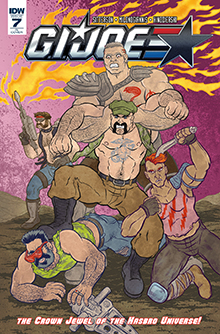 Freedom of speech is not freedom from consequences. I’ve been disappointed to see some reporting on the left side of comics politics that make it out as if Aubrey Sitterson’s comments didn’t mean what he said they mean, and that by being upset with his words that we are somehow allowing those on the right side of comics politics to score some sort of victory. While I don’t feel that he needs to be fired or anything like that, we don’t have to act like what he said was great and unworthy of criticism either. No one wants to hear your hot edgy take about 9/11 on 9/11. No one.

That being said, if the reason you’re calling for the firing of Aubrey Sitterson is because of Diversity and Comics, then we need to talk about that.

Diversity and Comics is the equivalent of a right-wing pundit for the comics industry; think Alex Jones’ Info Wars. He came to the scene earlier this year and his following has been growing massively on Twitter and YouTube. I hadn’t been paying too much attention to what he was doing, but over time he began to make very personal attacks towards writers I admire like Kwanza Osajyefo as well as personal friends and Mine! contributors Sina Grace, Gabby Rivera, and Mags Visaggio. He has stated that he wants a Comics Culture War. This is a problem that needs to be addressed.

What Diversity and Comics does, similar to what Trump and the far right often do, is to take a universally recognized problem and spin things to find a scapegoat they can rally around using bigotry and guttural emotions. Many people would agree that the comic industry could be doing better, or at least we would like to see it do better. Diversity and Comics takes those who are looking for an answer to why comics aren’t doing better and offers up a solution; it’s SJWs, the far left, women, queer and minority creators. This results in targeting specific creators and vile, personal attacks fueled by bigotry and hate being thrown around in an effort to try to force people out of comics that they don’t like. I don’t care to share any of those attacks in this piece. 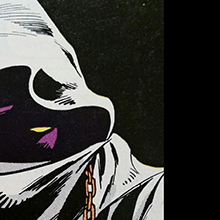 People often talk about leaving trolls alone and they’ll just disappear. In this instance, Diversity and Comics has been growing his following this whole year. He has more Twitter followers than ComicMix, a Patreon where he brings in several hundred dollars a month, YouTube channel with over 37k subscribers and over 9 million video views, with many videos over 10k views a piece with hundreds of comments. I don’t see him going away anytime soon, and his followers and subscribers have grown between this past weekend and me writing this. Many people were wrong about how much support a candidate like Trump would have, and you may be wrong about how much support Diversity and Comics has too.

This is a sizeable group of people that exist. They want comics for them; them being cishet white guys and some outliers. In their effort to do so despite having the majority of mainstream comics already catering to them, they have made many creators at best feel unwelcome and at worst feel unsafe. It’s not a sustainable way to operate in a fandom the size of comics.

Some of the people involved will never change the way they feel or operate, and that’s how it is. Some of them got caught up in the rhetoric and maybe don’t truly believe the horribly sexist, racist, homophobic, transphobic and Islamophobic words used to promote the ideals of Diversity and Comics, but rather found his answers about the industry to be plausible on the surface. Those people may come back around one day as they see he does not have the real answers to the woes of the comics industry, but rather an agenda to craft a comics fan base in his own image.

Targeted creators do not want you to look at what Diversity and Comics is saying about them and reporting back. Don’t do that. It just hurts people. What you can do is if you see inappropriate behavior, nasty personal attacks, or threats to report them to Twitter or whichever platform you are using and see it on. The comics community is small, but we need to step up and help creators to feel safe and welcome.

Please help all of us to have a safer, more welcoming community for creators now and well into the future.