Anya might have fallen asleep when The Tweeks sat down to watch Cartoon Network’s All-New Adventure Time: Card Wars DVD, but Maddy stayed awake for all 16 episodes and has a totally mathematical review for you. Though Anya manages to tell everyone what she really thinks about Maddy’s obsession with Pokemon Go.

Anyway, back to the Adventure Time DVD! It’s Tweeks approved and has some of Maddy’s all-time favorite episodes along with some newer ones she’s never seen. The video starts out with the original “Card Wars” episode from 2012 and the new “Daddy-Daughter Card Wars” episode about the epic card game (that you can really play).

The April Loot Pets theme was Quest…for Bacon! Yeah, not only was Barkley excited, but we were too. You know how we love Adventure Time!

If you want to spoil your own furry bestie with totally awesome geek swag every month visit here.

Next month’s theme is Power! So, if you and your doggie are up for some Mega Man items including a toy and matching dog & human tees…make sure to sign up before the order window closes in 15 days! 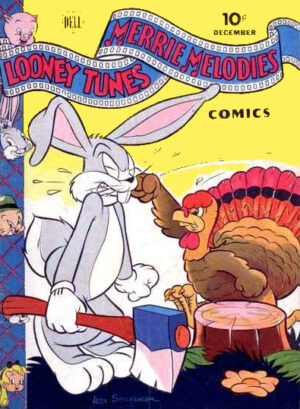 Seriously, is there a cooler job than toy maker?  In an effort to find out just how awesome it is to make geek toys, we talk to Bif Bang Pow Co-Founder, Jason Lenzi, and Entertainment Earth toy designer Griffin Maghari.

As you can imagine, we bought a lot of stuff at WonderCon.  And if you know anything about tween/teen YouTube viewing habits, you know hauls (shopping show & tells) are key.  So, this week we bring you Part 1 of our WCA Haul! We’ll show you which geeky chic items we’ve added to our collection and which “vintage” comics caught our eye. We also review Joie Brown’s Heavenly Kibble Guardian Corgi issues 1 & 2 and Crystal Cadets by Anne Toole and Katie O’Neill.

Stay tuned for Part 2 (maybe even part 3 — we took home a lot of comics) for more reviews.

This week we get mathematical in our review of the newest Adventure Time DVD release, Frost & Fire. Featuring 16 episodes of Cartoon Network’s most random (and therefore most awesome) show heats up with an epic battle between Ice King and Flame Princess. But what about the other inhabitants of Ooo? Are we treated to some Fionna & Cake fan fic? Is there enough Gunter? How much of a jerk is Magic Man?  Watch our review and find out.

We know this is totally a #FirstWorldProblem, but getting one’s schedule set for Comic Con is really stressful.  With the SDCC app and an Excel spreadsheet in hand, we’re scurrying around the San Diego Convention Center right now in search of scoops (of probably both ice cream and news), but here’s a look at hard tween geek choices that had to be made and some very cool activities downtown.

We bet you didn’t know that the Tweeks are not only native San Diegans, but hard-core Comic Con vets having been attending since they were babies.  In this week’s video they bring you their kid’s guide to the con featuring where to go, what to eat, which panels to see, and where to visit if you weren’t able to snag a pass for all 4 days.

“Think twice, and then say nothing”
– Chiun, reigning Master of Sinanju

The internet, being computer based, is binary in nature,  The same is mostly true of its users.  People online view things with either utter apathy or obsessive interest, and tings are either adored or despised.  Similarly, people who make the news online are either hero or horror – they are the awesomest person in the history of awesome, or they need to be tied to the top of a mountain and sky buried before they’ve stopped living. There is almost never any in between.  So when a story comes along that lies in the part of the spectrum between “yes” and “no,” the Internet often has trouble parsing how to respond.

Clarence is one of Cartoon Network’s new shows, a charming little thing about an optimistic (if slightly odd) young man and his adventures being a kid.  It’s become quite the favorite in our household, and I’ve spent no small amount of time preaching its wonders.  However, earlier this week it was reported that the show’s creator, Skyler Page, had sexually assaulted another animator at Cartoon Network Studios. The Internet did what it does best: attack. Two camps were quickly formed – those ready to pillory him without question or hesitation, and those assuming this was just another female plot and started demanding proof, assuming  that since nobody personally said anything had happened to them, it was all just vaporous lies.  That was until Adventure Time storyboard revisionist until Emily Partridge stepped forward.  Needless to say, Camp Two immediately began attacking her, while calls to cancel or boycott the show came from Camp One.  Virtual pitchforks were rapidly sharpened.

Cartoon Network acted quickly,and removed Page as head of the show.  Many creators stepped forward both rightly chastising Page’s actions but reminding people that the show is the work of many talented people, and it should not suffer due to the actions of its creator.  Other creators related tales of Page groping them at various times in the past, and things were lining up to be a good old fashioned hate-fest for Mister Page.

But then something very interesting happened.  Page’s long time friend Jeff Rowe revealed that Skyler suffers from Bipolar Disorder, and the day of the incident in question, was so far into a manic state that Jeff went with him to an emergency room where Page lay strapped to a bed, “singing They Might Be Giants songs and talking like a cowboy.” He remains, at the moment, hospitalized.  Jeff’s post is quite clear when he calls Skyler’s actions “Abhorrent,” but wishes to provide “more context to the conversation.”

CN creator Emily Quinn followed up on this news with elaboration from her experience with Page.  He had already been hospitalized once before, after a series of episodes resulting from what Emily describes as not being able to handle the pressure of running a show.  Executives at Cartoon Network had responded to these episodes by slowly taking creative control of the show away from Page; the rapid response of the studio after this week’s allegations may be better explained by this history.

The agreement is universal that Page’s issues do not mitigate or excuse his actions, but The Internet is placed in an odd situation – those who engage in sexual assault must be punished and cast out, but those with mental issues must be helped and cared for, and their actions must be seen through the filter of their disorder.  The Internet, a binary creature, must now explore the infinite variations of “maybe” that lay between the endpoints of “yes” and “no.”  If it wasn’t for the fact that real people have had very serious things done to them, I’d almost be enjoying watching the Internet spiral into a negative feedback loop of “I must and yet cannot.”

A woman – indeed, several women – were harassed and assaulted. The exact details of the assault has not been revealed, save for that it was not rape, and any further detail is None Of Our Goddamn Business. A guy with existing mental issues was placed in a position of responsibility that he wasn’t able to handle, the pressure exacerbated existing mental issues, and during manic episodes did things to co-workers that cannot be forgiven or ignored.  That’s a lot more complex than the usual “Guy grabbed a boob – git him!” that The Internet prefers to deal with.

In the modern age, information flies at us thick and fast and there’s a temptation to take the first information we receive, treat as the entirety of the truth, and formulate an opinion so we can get a comment posted as quickly as we can.  Sadly, this temptation is also quite prevalent in the established news media, where the first story posted will get all the user clicks. But based on the number of times stories have morphed, or sometimes been proven entirely wrong, it’s approaching the point where people need to remind themselves that a story has many sides, especially one where humans are involved.

When one reads a story online, one could do worse than to treat it with the same level of caution one does when hearing about a new health from a spam email.  “What is the evidence behind this story?” one could ask. “Is there another possible explanation for this action?  Should I wait for more information before I act or respond?”  It seems only fair that as technology becomes capable of processing more and more data at amazing speeds, we try to process a bit more as well, and not assume it’s all true because we read it on a computer screen.