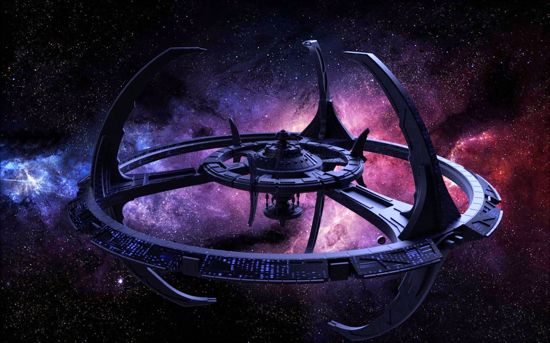 A tip of the hat to my friend Michael Sacco-Gibson this week for the topic.

It seems we’ve finally labeled the übernerds who choose to make it their lot in life to ostracize and criticize fans who enter our pulpy realm by ways and means different from their own. Gatekeeping against those fans who found a love of comic books (the books themselves, the characters therein, or any comic-related endeavor I assume) by way of TV, movies, or perhaps cosplay.

As Michael would explain to me (and no, not mansplain), Gatekeepers are often men, who often pick on not men over their comic book bonafides. Seems without an encyclopedic knowledge of issues, storylines, writers, artists, and editing mandates at the ready, a gatekeeper will scoff — and in some reported cases deny purchase of wares based on this inability. This also extends to those fans of properties who dare say they love the character… but have no interest in reading a comic. The horror!

That this is even a thing makes me sick as both a comic book creator and fan. It stings because I know that at my core, I’m not worthy by the aforementioned would-be gatekeepers.

The first comic book I ever bought was an X-Men Adventures rag that was a direct rip off the Saturday morning X-Men cartoon (which in turn was a rip off a Chris Claremont issue in the 80’s). The reason I bought it? I’d seen that actual episode the week prior and loved Colossus. I figured the comic would expound on the plot of the cartoon. It didn’t, but I was no less thrilled.

The next comic I would get would come years later, when Unshaven Comics’ Matt Wright delivered my birthday present: Strangers #1 and Ultraforce #1 from Malibu Comics. He’d gotten them in the discount box. I loved them. Why? Because I’d been an avid fan of the cartoon series.

Not even kidding. I was that lone fan.

Of course, later I would dive headfirst into back issue bins. I would demand the local comic shop clerks regale me with their opinions, and recommendations on good stories to pick up. I would debate long into the night with my friends about how Batman will always beat the Punisher. I earned my stripes eventually. But one thing that never struck me was the notion that people were only allowed into the sphere of comics by way of the arcane.

Do you mock someone for finding a love of Star Trek if their first series was Deep Space Nine? Do you click your tongue at a punker whose first album was Nimrod? Do you chide the bookworm who picks up Harry Potter before they even know of The Hobbit? If you do, please close my article. You’re no longer welcome here.

That any fan would deny another would-be devotee because of their path to the medium only feeds into the stereotype of the insular nerd. Thanks now to the wave of content platforms, and mainstream appeal specifically of comic books and comic book related brands? To check admission at the door based on your back issues is in hilariously bad taste. DC and Marvel have been trying to peddle their wares via TV, Movies, Radio, and any other medium that would have them in order to draw in new casual fans. To turn your nose away from someone because their first Superman was George Reeves is simply asinine. DC and Marvel don’t give a shit where you enter from. Just that you stay there. And they’re right to think that.

Michael would even go on to tell me that when he and his crew (from a local theater group) made a comic based on a play… about comics… that fans and a few creators openly scoffed at the notion. For the record: The book/play was “Badfic Love,” a play by Adam Pasen. The theater was the Strange Bedfellows Theatre (no longer open, sadly). That there would be gatekeepers maligning creators for their content and pedigree is angering on a Trumpian level. Perhaps those same fans might talk to John Ostrander about his literary roots?

To gatekeep comic books is to wholly miss the point of what being a fan truly is. It doesn’t matter where we come from. It only matters that we immerse ourselves in the content. That we evangelize to other would-be fans. That we celebrate achievements in media that personally connect us to the work, and to one another. To do anything to stymie the love of art is to miss the point of art in and of itself.

The only gatekeeper I allow in my life? Hedly Lemar and Taggert. Better get a shit load of dimes, kiddos. Merry Christmas.