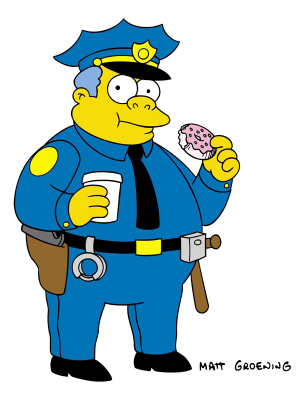 Oh let’s stop beating about the bush. “The Law Is a Ass” hasn’t lasted this long by my being evasive. No, the column and I have made it through thirty plus years by my being up front with you. So I’m going to stop being coy. No more using words like “experimental” and “unusual.” I’m going to call Doc Savage’s surgical procedures what they really are; invasive.

For years after Doc Savage captured a bad guy, he shipped them off to a private medical facility in upstate New York, where they would undergo “a delicate brain surgery” that removed their criminal proclivities. Then Doc’s medical staff trained these people on how to live better lives. After this, Doc set them up with jobs and returned the now-reformed – forcibly reformed – criminals to the world, where they would lead productive lives. I don’t know how long Doc did this. His biography in the Doc Savage Wiki says that he did it in the “early episodes.” But Doc Savage v1 #7 says he was still doing it in 1988.

The same comic also had one of the surgeons who worked at Doc Savage’s upstate Serenity Convalescent Center outing Doc and his memory manipulating machinations on national television. Later in that story, we learned several people were suing Doc for violating their civil rights and robbing them of their free will. We also learned the case had gone to the Supreme Court. At one point in the story Doc actually appeared before the Supreme Court. At another point, Doc talked about what would happen in the case, “once the chief justices have heard all of the testimony.”

And it should have been easy for Doc. He had legal training, after all. And even if he didn’t,  one of his best friends and top aides, Ham Brooks, was a top lawyer. He really should have known better. Back in those days when I was simpler and didn’t have any legal training yet, I knew there was only one Chief Justice and that the Supreme Court didn’t hear trials. Read it in the newspapers. So I don’t know why Doc forgot. Maybe he was an early test subject in one of his own judgment jugglings jobs.

Now as to the actual lawsuit alleging Doc Savage violated the civil rights of several people with his surgeries, that’s where things get a little trickier. Doc started this procedure back in 1934. Things were a little more lax vis-a-vis civil rights back then. In 1883, the so-called Civil Rights cases reached the Supreme Court. In those cases, the Supreme Court ruled 8-1 that the Equal Protection Clause of the 14th Amendment applied to governments but didn’t apply to people. So when Doc started his cranial conversions in 1934, he couldn’t violate anyone’s civil rights because he was a person not a government.

In addition, back in 1934, the use of leucotomies – or to use their more common and more pejorative name, lobotomies– were gaining acceptance among doctors treating mental illnesses. Even though they were controversial and criticized by some, lobotomies grew in both popularity and frequency well into the 1950s. So generally accepted medical practice might not have disapproved of what Doc was doing.

In 1934, even the courts didn’t disapprove of non-consensual surgeries on individuals that were deemed to be for the greater good. In a rather famous case – Buck v. Bell 274 U.S. 200 (1927) – the Supreme Court upheld a Virginia statute which called for the compulsory sterilization of the intellectually disabled. In upholding the law, Justice Oliver Wendell Holmes wrote oh-so-sensitive explanation that, “Three generations of imbeciles are enough.” So I doubt that at the time Doc started gelding gray matter, the Supreme Court would have stayed his scalpel.

Things are a little different now. The courts recognize the existence of several kinds of civil rights. The civil rights which receive the highest level of protection in the courts are the so-called first-generation rights. In the United States, these are the ones specifically enumerated  in the Constitution which deal with liberty and political activity. In the past several decades, however, several unenumerated rights such as the right to privacy are finding their protectors in the courts, too.

Among the unenumerated rights which are starting finding acceptance is cognitive liberty. This is the freedom that people have to control their own mental processeses. In Sell v. United States 539 U.S. 166 (2003), for example, the Supreme Court imposed limitations on when a state could forcibly administer antipsychotic drugs to a defendant who had been declared incompetent to stand trial for the sole purpose of making him competent and able to stand trial.

So the odds of the courts ruling in favor of the people who are suing Doc Savage for civil rights violations because of his nonconsensual noggin noodling are getting better. I’d like to think the courts are ruling in favor of people not being forced to undergo treatment for their allegedly aberrant behavior, because we’re a bit more enlightened now. But given the nature of some court decisions in recent years, it might just be that the judges are worried people might start using those decisions to prove the judges, themselves, are insane. Maybe the judges aren’t enlightened. Maybe they’re just protecting themselves against any future faculty fiddling.