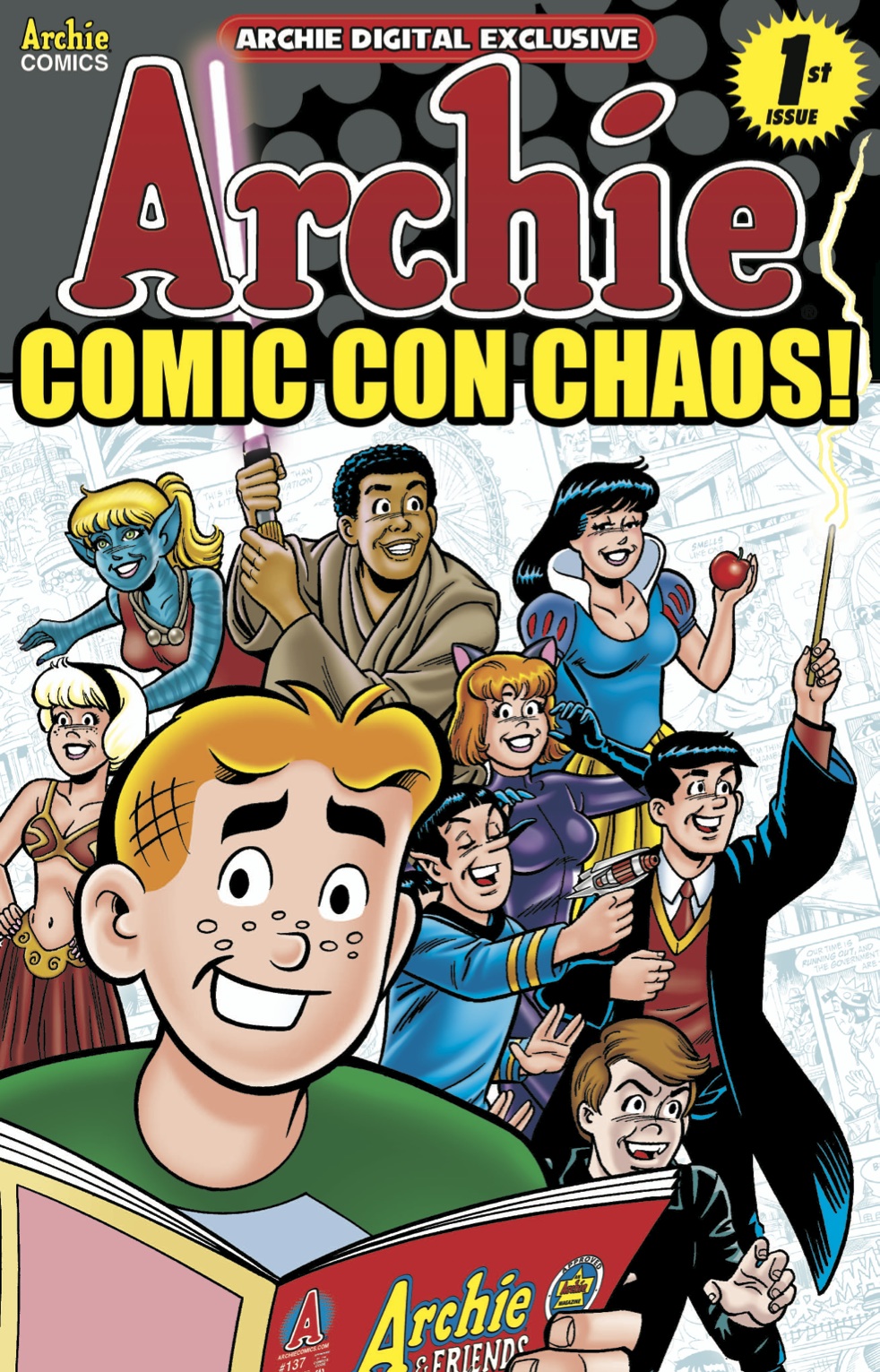 Comic Con is just around the corner, and Archie and the gang are all set for whatever adventures (or misadventures!) may come their way. Which one of the girls will win the Cosplay Costume Contest? Can Chuck Clayton strike a publishing deal for his new comics? And just how will the gang crack the Crooked Comic-Con Caper?! Explore the expanses of the convention floor with creators like Dan Parent, Fernando Ruiz, Alex Segura and Bill Galvan!

Jim Sokolowski, formerly of Marvel and DC Comics, joins Archie Comics as Senior Vice President – Sales and Business Development. “Ski” will oversee the company’s sales efforts in the direct, bookstore, digital and newsstand markets and guide plans to expand the reach of the company’s iconic characters and storylines. “Ski” brings a wealth of experience to the company, having previously served as Chief Operating Officer at Marvel and Executive Director of Publishing Operations at DC Comics.

In addition to the new faces, Archie Comics is proud to announce the promotion of a few key staff members to executive positions.

• Harold Buchholz has been promoted from Executive Director of Publishing and Operations to Senior Vice President – Publishing and Operations. Buchholz will continue to oversee the company’s distribution, printing and packaging in order to maximize sales through various channels. Thanks to Buchholz’s diligent efforts, Archie has seen a significant spike in graphic novel output, profitability and visibility – reaching a previously untapped number of new and returning fans. Prior to Archie, Buchholz worked with Jimmy Gownley and Renaissance Press on the popular Amelia Rules! line of graphic novels and was president of Acredale Media, an all-ages comic book print brokerage and consulting service. In addition to his work at Archie, Buchholz is also a cartoonist and writer, and has taught animation and entrepreneurship on the college level.

• Paul Kaminski, editor of SONIC THE HEDGEHOG, SONIC UNIVERSE, MEGA MAN, STAN LEE AND THE MIGHTY SEVEN and NEW CRUSADERS, has been promoted to Executive Director of Editorial. In his new role, Paul will oversee the editorial side of Archie’s graphic novel and comic book output and coordinate the editorial side of Archie’s entire line of titles and imprints. Kaminski saw Archie’s licensed titles, including SONIC and MEGA MAN, rise to new heights of success during his tenure as editor, and will bring his keen editorial insight and managerial style to the company as a whole. A BFA graduate of the School of Visual Arts, Kaminski brings a lifelong love of comics, music and pop culture to his work.

• Alex Segura has been promoted from Executive Director of Publicity and Marketing to Vice President – Publicity and Marketing, and will continue to oversee the company’s external messaging to the press, social media and marketing outlets. Since his arrival at Archie, the company has seen an unprecedented spike in attention and critical praise, including regular and focused news, feature and review attention in the mainstream, book trade and pop culture press, including THE NEW YORK TIMES, THE ASSOCIATED PRESS, CBS NEWS, THE DAILY MAIL and more. Before coming to Archie, Segura worked at DC Comics. In addition to his publicity and marketing work for the company, Segura was also the writer of the best-selling ARCHIE MEETS KISS storyline among other stories.