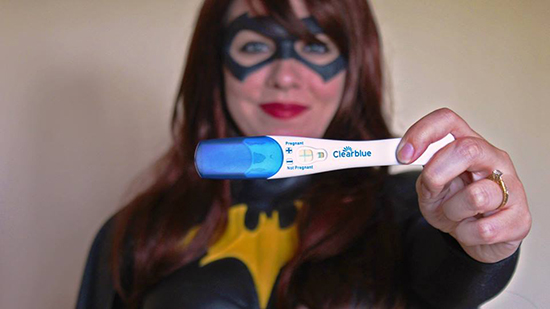 Presenting two real-life stories from my days of yore, although names have been changed to protect both the innocent and the guilty.

I knew a girl in high school – I wouldn’t say we were friends, but she was someone who had never participated in the Piggy horrors. Sally was an A+ student, on the track to an Ivy League school. Pretty (but not gorgeous) and popular (but quiet about it), she came to me one day and said that she needed to talk to me privately. I was surprised… and a bit suspicious. What did she want? But because Sally had never been overtly mean to me, even though she was part of the clique that instigated most of the callous cruelties upon me, and because I still hoped to be “accepted,” and I wanted to believe for some reason she was about to warn me of some new devilishness about to be inflicted on me – forewarned was forearmed – I agreed. But it had nothing to do with me at all. 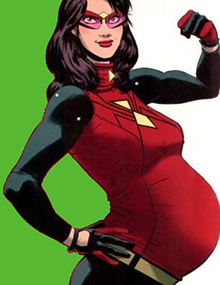 I was, frankly, shocked. Not just about what she said, but also because I was thinking, why are you telling me?

She seemed to be reading my mind about that last part. “I can’t tell Laura, or Toni, or anybody. It would be all over the school in a second. You know how they are.”

“But they’re your friends.”

All she said was, “I made an appointment with Planned Parenthood in the city. Will you come with me?”

I know exactly why I said “yes.” Out of kindness, certainly. But to be totally honest, I also thought that this could be a way in. Hey, whaddya want? I was a teenager.

We had to cut school the day of her appointment. I met her at the corner bus stop, about an hour after classes started. Sally was very quiet, she didn’t say anything, but I remember she was very pale. As for me, I was sure I would see my father in his car on the way to work. I wasn’t so worried about my mom – I knew she was already at the hospital, where she worked in the ER. At any rate, both of us were very nervous and impatient, waiting for that bus to the PATH train into the city.

At the time – September 1971 – there was a Planned Parenthood in Manhattan on First Avenue between 21st and 20th Streets.  I guess – and I don’t blame her – that Sally made the appointment there rather than the one in Jersey City because Jersey City is too close to Bayonne… too close for comfort. Anyway, I don’t know what either of us was expecting, but it was modern and clean and the staff was professional, kind, and, most importantly, totally non-judgmental. 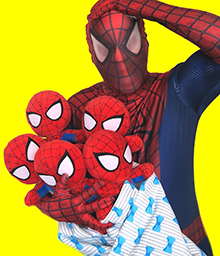 Sally’s name was called. I sat in the waiting room. It seemed like a long time, but the receptionist at the desk assured me everything was fine when I asked.

Interjection – as an RN in the operating room, I can tell you that the actual procedure takes very little time, especially in the first trimester [as Sally was]. Frequently I’m not even done with my charting before it’s over and I have to assist in transferring the patient to the PACU (Post-Anesthesia Care Unit, commonly referred to as the Recovery Room). Most of the intraoperative period is taken up with other things involved in any visit to the OR – anesthesia induction, proper and safe positioning, emergence from anesthesia, transfer to PACU, and monitoring in the PACU, which lasts about an hour or so on average, until discharge.)

Afterwards, as we had planned, we used our pooled resources and took a cab home. This was well before Uber or Lyft. Sally didn’t’ say much except to complain about some cramping – totally normal, btw – but the “worry” was off her face; she was visibly relieved. The cab dropped us off about a block from her house; I walked her home, and before she went inside, she turned and said: “See you in school tomorrow.”

No, we didn’t become best friends after that; things pretty much went back to normal, actually. Hey, we were teenagers, and there were rules of engagement. But I do remember that Sally was never around when it was time to “play Piggy with Mindy.

Sally went on to graduate in the top 25 of a class numbering 750 (I finished 145) and went on to that Ivy League school. I didn’t see her much after high school, a couple of parties and a reunion or two at the Jewish Community Center. I don’t even know what she went on to become as an adult, though I’ve heard she was “successful and happy.” 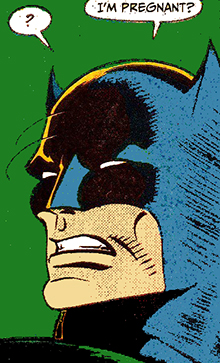 Early admission to the colleges of their choice, with Jack receiving a full scholarship based on his football prowess to a Big Ten school, and Jill planning on majoring in journalism at NYU.

They were great people.

Anyway, sometime in the late fall of our senior year, after the Thanksgiving holiday, Jill suddenly disappeared from the school hallways. First, we heard that she was sick with mononucleosis (the “kissing disease,” as it used to be called), but as January became March, rumors began spreading, rumors having to do with pregnancy and forced marriages. Especially after Jack dropped out – two months before graduation.

The truth broke free, as truth is apt to do, sometime in the fall of 1971. During the Christmas break when everybody came home from college, it was the talk of the town, the bars, and the parties.

Jill had become pregnant, and, since back in those stupid days, girls “in the family way” were not allowed to finish high school, she had been forced to leave under the cover of the mononucleosis story, though she refused to go to one of those “homes for fallen women” or whatever they were called. (Do they still exist?)  Her parents had gotten her a tutor so she could finish her high school degree, but not only had she disappeared from the school hallways, Jill had also been confined to the house to “hide her shame.”

Worse, when Jill wanted to go to Planned Parenthood for advice – and advice only – her parents would not allow it. They were very observant Catholics and the name Planned Parenthood was as abhorrent as the name Judas Iscariot. Jill’s pregnancy was treated as if it were a monstrous sin.

She had also finally admitted that Jack was the father because her father had beaten it out of her. Her father then called his father, and they decided that Jack and Jill would get married right away.

And in 1971, not only could you not be pregnant in high school, you couldn’t be married, either; which meant that Jack had to drop out, too, meaning, of course, that he lost his football scholarship and any hope for college. And in case you’re wondering – no college for Jill, either.

Of course, there was always the future, but…

After they got married and Jill had the baby, and Jack got some kind of job, nothing much, he started drinking. Drinking hard. And doing drugs. Hard drugs.

And that’s how the story stood that Christmas break, the last week of 1971.

But it didn’t end there. About 10 years later I met one of Jill’s cousins at the mall. We got to talking about high school, and eventually – of course – Jack and Jill came up. I’ll never forget that conversation.

Jack’s downward spiral had continued. He lost one job after another. The drinking continued, and he was “chipping” http://www.urbandictionary.com/define.php?term=chipping on some weekends, too.

Then he started abusing Jill, and it hadn’t stopped.

“But Jill was always so smart. Why doesn’t she leave?” I said.

“Jill’s become really religious. That’s why she won’t leave. I think she thinks she’s atoning for getting pregnant and fucking up Jack’s football scholarship. “

That was the last time I ever heard about Jack and Jill. I have no idea what happened to them. Or their kids.

As if this writing (Sunday, September 10) there are five days to reach the $50,000 goal to produce Mine!: A Celebration of Freedom & Liberty Benefitting Planned Parenthood. We are almost but not quite there.

And, look, guys, I get it. This has been a summer and early fall of donating funds. I understand it’s a matter of priorities. I get the feeling of being “donated out,” too. And our hearts go out to the many caught up in the current round of hurricanes.

Even if it’s just $5, hell, even if’s just a $1, just think about what Bernie Sanders accomplished with an average of $27 to his campaign.

When people think of Planned Parenthood, they think “abortion.” But I’m telling you, and now I am speaking to you as a member of the professional healthcare community, the organization does so much more: Counseling and cancer screenings and preventative and maintenance health care. For women and for men.

The anthology features work by:

Just do it, okay? Because one day, you or yours could be just like Sally or Jack and Jill. Because, just when you or yours need it, Planned Parenthood could be gone.