Molly Jackson: Conventions for All! 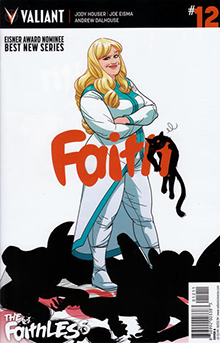 Diversity amongst geeks has been a popular topic as of late. You would be hard pressed to find a comic convention without at least one diversity panel. Usually, though, there are panels about the diversity amongst fans, creators, cosplayers, actors, and fictional characters.

Usually, these panels focus on the heavy hitters of diversity: race, religion, gender, and sexual orientation. And yes, these are all very important issues that need to be discussed. I know. I’ve argued on these very points myself on numerous occasions. Still, these aren’t the only groups that should be discussed. One group intersects them all. The disabled. 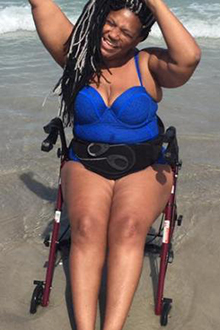 I bring this up because over the weekend, comics writer & Mine! Contributor Tee Franklin announced she would be no longer attending Baltimore Comic Con (Full Disclosure: Various ComicMix staffhumans are guests at the Baltimore Comic Con). This is because, despite her notes about her needs, the convention placed her in a distant spot from the door and bathrooms. Because of Franklin’s disability, she would not be able to make the regular walk through the floor. When she asked for a table change, the con staff told her sorry but there is nothing we can do. So Tee made the decision to skip BCC, which has disappointed a number of her fans. And this isn’t a unique event. This is Franklin’s first year doing conventions, and three of the four shows failed to assist her.

At least one table swap was offered by another creator, but by that time Franklin had already decided to skip no matter what. As a popular creator, this is a serious blow to attendees but teaches valuable lessons that every convention needs to be aware of. 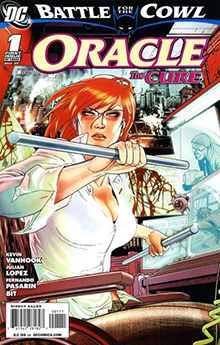 When we talk about diversity, we should mean everyone. Every single person has a unique experience and view of the world. And everyone wants to see people like themselves successful. That’s why characters like Oracle have always been so important to this community, and why writers like Jill Pantozzi were so disappointed when they changed her back to Batgirl. I find Faith from Valiant inspiring and I would be upset if they suddenly made her skinny.

Franklin has only been tabling at cons a short time, and it’s possible that the conventions aren’t equipped to deal with disabled exhibitors. However, I doubt she is the first or even the fiftieth to make these requests. BCC has announced changes to their exhibitor planning to alleviate this issue from happening again in the future, which is a step in the right direction but comes too late for 2017. As we continue on this journey of diversity, we must remain inclusive of everyone, not just the groups we remember.

Speaking of diversity, Mine! A comics collection to benefit Planned Parenthood has a wide variety of creators, including Tee Franklin. Please check out this amazing Kickstarter, and join us in helping spread the word about Planned Parenthood’s important work.