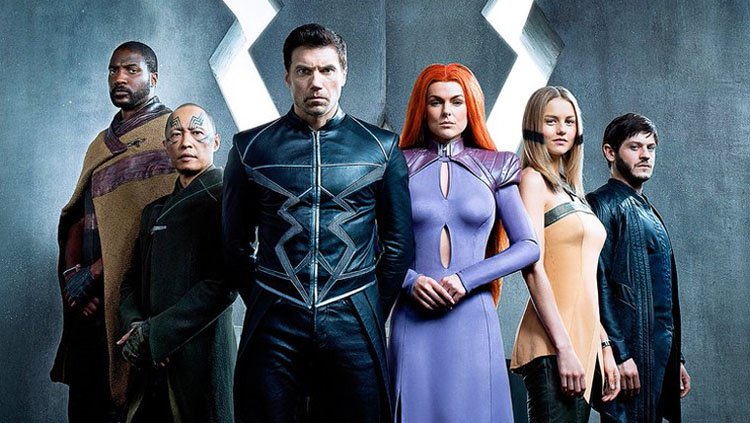 This past weekend, I was a guest at Shore Leave (had a blast) and as I’ve been doing for the last decade or so, I’ve been helping Robert Greenberger put together a bunch of trailers for upcoming movies, tv shows, and the like for what’s going to be coming out between now and February (which is when Farpoint takes place).

However, this week was the first time I could have filled the entire time allotted with nothing but previews from upcoming projects based on comics and graphic novels.

And this is less than two weeks before San Diego Comic-Con, where there will be lots of new stuff revealed for the first time – it’s a safe bet we’ll see sneak peeks from Avengers: Infinity War and Aquaman, maybe something from Runaways or New Mutants or Deadpool 2: Dead Harder, and that’s not even talking about any of the animated projects or anything from Valiant, not to mention the slew of returning TV series…

Are we hitting oversaturation?

I doubt it. Instead, we’re finally hitting a point of market segmentation and specialization.

First: we’ve got projects coming out that many people wouldn’t know were adaptations from comics unless you told them because they don’t have superheroes in costumes. Atomic Blonde is the current best example (based on The Coldest City by Antony Johnson and Sam Hart, published by Oni).

Second: we’re getting to a point where, just like in your local comic book shop, we’re seeing stories that aren’t just guys in capes beating each other up. We have mysteries, science fiction, high fantasy, horror, biographies, romance, thrillers, young adult, noir— in other words, the things you’d see in any bookstore except for computer manuals (and those don’t get adapted to movies).

And that diversity is a good thing, because not ever story is going to be for you. We’re long past the days when the only adaptations you had were Wonder Woman and The Incredible Hulk on television, and you watched them because that’s all that we had. (Maybe the Doctor Strange tv movie, if you could convince your parents not to watch Roots.) Now, we have a cornucopia of high quality shows to choose from, all appealing to different tastes and sensibilities. Even though Supergirl is a well-produced show, it’s not made with me in mind. And that’s okay, it has its audience and it’s doing fine.

This is healthy not just for adaptations, but for comics in general. It means that comic creators will tell other stories which have just as much chance as hitting the tie-in jackpot, which will compensate for the long hours at the drawing table.

However, having gone through the previews, I do see one trend that could feel repetitive: the bunch of outsiders grouping together to fight off evil, fear, and prejudice towards their kind. Between Cloak & Dagger, Inhumans, Gifted, Defenders, to an extent Justice League, and the non-comics Midnight, Texas… I have to wonder if this is a response to the politics of the day. (And for heaven’s sake, no more emo piano starting these trailers. You’re tortured. We get it.)

And since you’ve read through all of this, you should probably see the trailers I’m talking about.