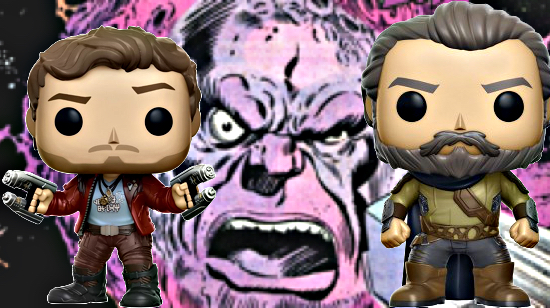 Like much of the planet, I saw the new Guardians of the Galaxy movie this weekend. Like a smaller percentage of this group, I saw it with a friend who isn’t into super-heroes.

Let me be clear. She isn’t opposed to super-heroes. It’s just that they are not her genre.

Still, she had heard good things about it from people at her job, and she was visiting from out of town and wanted to be a good guest, and it was pouring rain and there weren’t a lot of other activities available to us, so we went.

She loved it. She was completely knocked out by it. The whole experience put her through an emotional wringer.

I don’t think she’s about to become a super-hero fan, but I think there are reasons that super-heroes reach us emotionally in ways that other genre fiction does not (and vice versa). In the process of explaining what I mean, there may be SPOILERS about this particular movie. I don’t think any will ruin your enjoyment, but I don’t know your tolerance. Be warned.

There have been a tremendous number of movies in the last few decades about fathers and sons. I blame Steven Spielberg, but I’m sure you can come up with a list of your own. And I get it. We imprint on our parents for every other relationship we have. With the increase in the divorce rate over the last several decades, as well as the stress on the family caused by income inequality (and loads of other reasons that we don’t have time for right now), lots of people feel estranged from their fathers.

Most movies that play with this issue, especially those by the aforementioned Mr. Spielberg, usually find a way to show that Daddy Really Loved You All The Time. And I hope that’s true, for Steven and for you.

But it isn’t for my friend. She had to leave home at 14, and over the next five decades her parents resisted every attempt she made at reconciliation. The only way they would accept her is if she gave up her own identity and lived the life they expected.

Like Ego, my friend’s father felt that she could do what he wanted or she could be dead.

At the same time, my friend was lucky enough to find a father figure. This man didn’t kidnap her from her home and use her to commit acts of piracy, but he found a place for her and made her feel worthwhile. She didn’t learn to command a spaceship, but she can play a wicked game of poker.

Because Guardians is a super-hero movie, there are epic space battles, exotic aliens, amazing special effects and fantastic scenery and costumes. I think these fantastic elements actually make it easier to find oneself in the story. Our inner infant feels parental abandonment and betrayal as world-destroying events. Watching worlds actually get destroyed is the ultimate catharsis.

After all the explosions, we are left with a new family. Unlike my friend’s birth family, these people choose to stay together, to love each other not despite their flaws but because of them. They take care of each other without even thinking about it, because that’s how real families work. Whether the threat is a blob monster, an unplanned pregnancy, divorce or unemployment, we find our real family through these crises. DNA doesn’t matter as much as commitment.

I don’t mean to suggest that Marvel Studios is a substitute for a good therapist, or that we can stop worrying about our kids as long as they can go to the movies. We still need to do the work. Still, I’ll take all the insight I can get, whatever the source.

I’m now waiting to see how well Wonder Woman deals with mothers and daughters. I doubt Hippolyta berates Diana about her weight as much as my mother did to me.