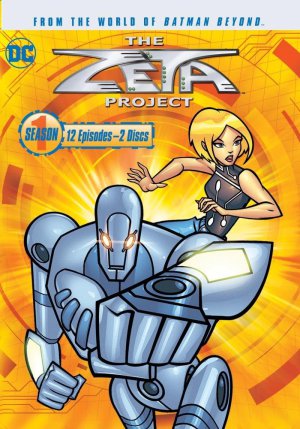 Lost amid the hubbub over the animated series based on the traditional DC Comics was The Zeta Project, a fun spinoff from Warner Animation’s first original creation, Batman Beyond. Thanks to Warner Archives the two season series, spanning 2001-2002, is being released on DVD.

The series is focused on Zeta (Diedrich Bader), formally known as Infiltration Unit Zeta, a synthoid, who works for the NSA. The machine was introduced in the season two Batman Beyond episode “Zeta,” written by Robert Goodman, who developed the spinoff.

He violates his programming when he is asked to kill an innocent and goes on the run, vowing never to kill again. Of course, the NSA wants him back and sends a team, led by the clichéd obsessive, Agent James Bennett (the well-cast Kurtwood Smith), convinced Brother’s Day, the terrorists reprogrammed the agency’s machine. He’s often accompanied by the arrogant Agent West (Michael Rosenbaum). Only Agent Lee (Lauren Tom) considers Zeta may be telling the truth. Exasperated, she will eventually leave the NSA at the end of the first season and is replaced by Agent Rush (Erika Alexander, later Dominique Jennings).

Thankfully, Zeta has 15-year-old runaway, Rosalie “Ro” Rowan (Julie Nathanson) to help him navigate the civilian world and find Dr. Eli Selig, his creator and the one person who can prove his innocence. 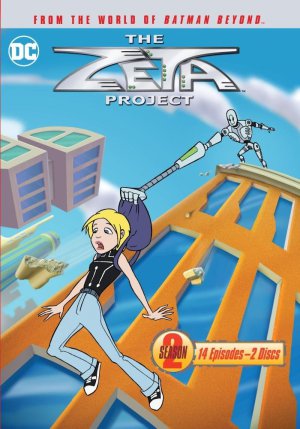 Being in the near future of Batman Beyond, everything is high tech, glossy, and interesting to look at. The episodes explore different settings and locales, and you can always count on an explosive action as Zeta uses his holography to disguise himself. After disposing of the weapons he was left with non-lethal tools including handheld welding lasers and extensible limbs.

Unlike its host series, Zeta was definitely aimed at a younger audience so the characters were flatter and the action more frenetic. As a result, it never found the same enthusiastic crowd, even after a dramatic shift in look and tone began with the two-part “Wired” during season two. It might have been too late which is one reason why the show ended after two seasons and it’s taken this long to collect the second season at all.

The series ended without a conclusion so Zeta is still on the run with Dr. Selig seemingly killed. He did make two appearances on BB, “Shadows” and “Countdown”, both of which originally aired on the same day and are included as bonuses in the two-disc Season One set.