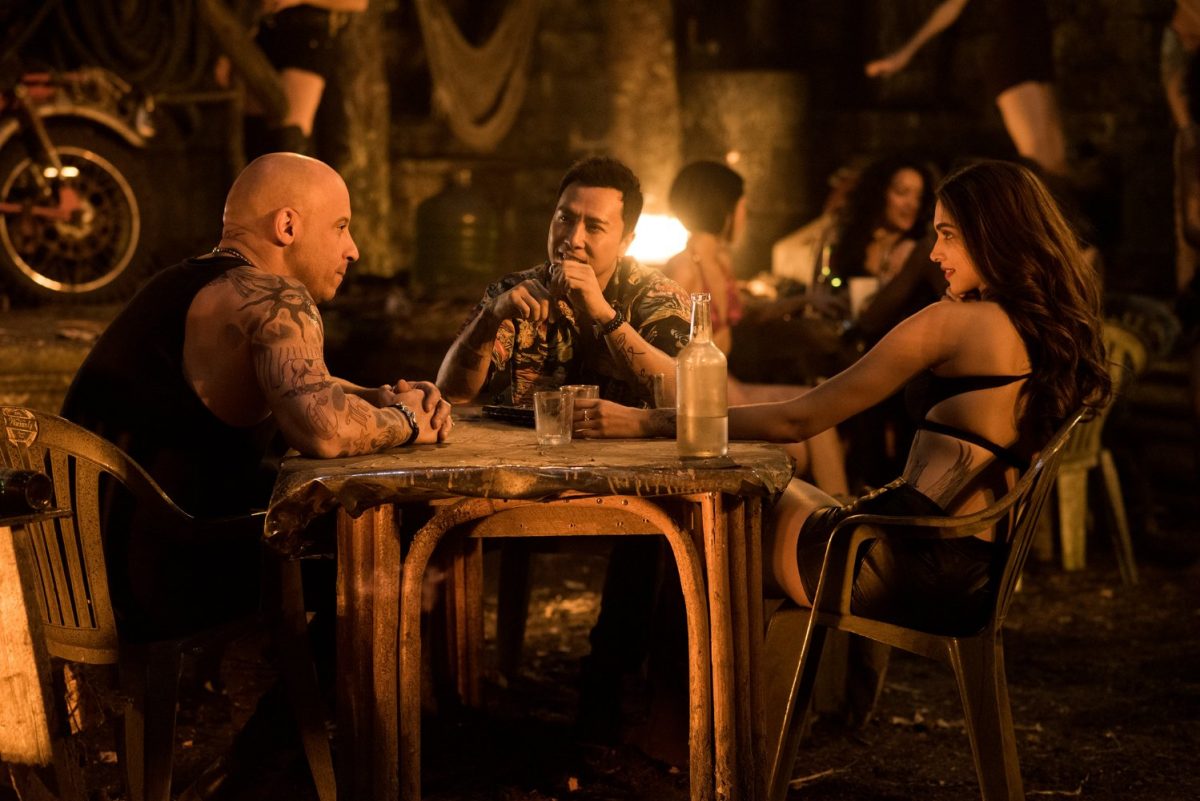 In Return of Xander Cage everyone who is part of the establishment is bad.  I’m not against this general ethos, the establishment is generally a terrible thing— but the medium has to inform the message.  This is a film made by a major studio, so when the burly special forces soldier who doesn’t care for Xander Cage and his alternative ways taunts him saying that he must love Red Bull and Mountain Dew, I can’t help but wonder if those companies paid for that placement.  I see the two leads of these extreme spy teams being played by two actors with a combined age of 102 and I can’t help but think of that 30 Rock meme with Steve Buscemi pretending to be a high school student.

Return of Xander Cage could be so much more cool if it wasn’t so intent on telling me that it was cool all the time.  (I don’t even want to get in to how 44 year-old Toni Collette is kind of made to look like an old crone next to her older male co-stars but it’s also bad, I just don’t want to be here all night.)

There’s also a sense that Return of Xander Cage is trying to capture some of the magic of Vin Diesel’s other, more successful franchise, The Fast and the Furious, but it’s not clear that anyone involved knows what made those work.  They copied the big multicultural cast, they copied the never-ending banter, they copied the ambitious action sequence, and they copied the requirement of having a few party scenes full of beautiful people dancing to music.  None of it works as well.  Most of the supporting characters feel like quick thumbnail sketches instead of people, and for a movie that literally circumnavigates the world it feels rather small.  There’s a secret sauce in the Fast and Furious movies and it might just be as simple as star power or sharper action choreography or even just familiarity with the universe, but those movies are just as far fetched and just as ridiculous and they work.

I’m usually not on a high horse about sequels or Hollywood running out of ideas, but this feels like a spot that should have gone to a new idea.  Return of Xander Cage feels weighed down with the baggage of the two previous movies and I can’t imagine that enough people where clamoring for more xXx to necessitate this (and the box office results seem to back me up on that).  There are a couple usable ideas here, and maybe on their own they could have blossomed in to something else but instead they’re just drowned out by the baggage of trying to live up to this X-Games early-2000s rebelliousness.  Return of Xander Cage is the cinematic equivalent of the guy in his early 20s hanging around the park with high school kids— it isn’t making him seem cool and everyone there just kind of wishes he was doing something else.