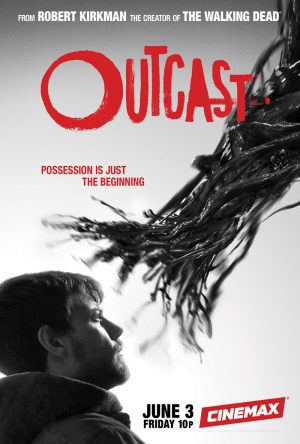 Outcast Season One
Outcast, based on the Skybound/Image comic title by creator Robert Kirkman and artist Paul Azaceta, follows Kyle Barnes (Patrick Fugit), a young man who has been plagued by demonic possession all his life.  Now, with the help of Reverend Anderson (Philip Glenister), a country preacher with personal demons of his own, Kyle embarks on a journey to find answers to obtain a normal life he has never known.  But what Kyle discovers could change his fate — and the fate of the world — forever.