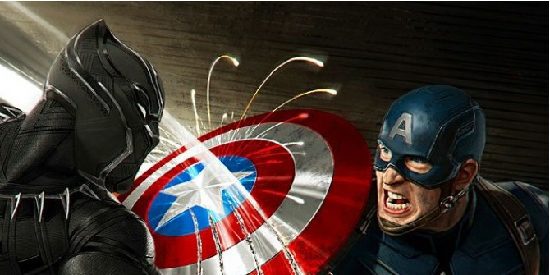 Good morning, ComicMixers. I believe we’re a good week and a day past the debut of Captain America: Civil War. I saw it with my wife on a much deserved date-night/Mother’s Day celebration. Suffice to say I loved the flick. And given that more than a handful of people at Free Comic Book Day were compelled to tell me they laughed at my anger over BvS: Dawn of Go Eff Yourself, it’s really nice to declare I loved this movie. I honestly have very little – if any – nits to pick. And rather than pick a single element and wax poetic on it for ya’ll, this week all my rattled brain will allow is a random smattering of thoughts revolving around the Russo’s amazing piece of six-one-six-cinema.

Earned Angst – Look, I hate to start my random thoughts with another cheap shot at SupEMOman, but I sort of need to. You see, the fulcrum of Civil War doesn’t rest on the now half-dozen or so world-ruining disasters from the MCU since Iron Man… no. It rests on the lost (and highly plausible) history between the Winter Soldier, Captain America, and Iron Man. The final fight sequence had the first bit of angst I’d seen that I honestly felt. Tony Stark – PTSD-riddled and alone again – finally needed to hit something. And what better target then the perfectly teethed super soldier who was just trying to protect his friend? Gravitas, thy name is Rogers.

A Continued Sense of Humor and Humanity – “Can you please move your seat back?” “No.”

“I’m shaking your hand too much, aren’t I?” “If anyone else has some amazing ability they’ve been keeping secret, now might be the time to show it!” Throughout the entirety of the two-and-a-half-plus hours of Civil War we were never far from a smirk or light chuckle. And always in service to the characters themselves. When we as an audience believe the performances as we do here, it’s OK to realize that even amidst a massive super-powered scuffle, these are still human beings (and, yeah, Vision). Even mumbled under their breath, they were allowed to crack wise now and again. And it never once felt dishonest.

Vision In Today’s Menswear™ – I don’t have much else to comment on other than I think it’s hilarious that Vision dresses marvelously when he’s not in combat.

Spider-Man Finally Done Right – Look, Tobey Maguire had the awkward look thing down (and he looked as believable as a high schooler as I do right now). Andrew Garfield had the quips mastered. But Tom Holland? Well, he has the youth, the nerdiness, and the quips. It was a perfect presentation, perfectly integrated into the MCU. Lord willing and the creek don’t rise; this Peter Parker stole the show.

Black Panther Finally Done – Simply put: could T’Challa be handled any better than that? Hell if I know, cause I thought he was top-to-bottom perfect. Regal, yet passionate. Reclusive, but fiercely loyal to an external cause. The outfit looked great. His confidence looked even better. Blade is now long in the tooth. Luke Cage is still only Netflix fodder (for the time being). If I’m a young black kid looking for a hero I can cheer on, one who could go toe-to-toe with any Avenger… Well, I need not look any longer.

No Need For Dessert – Civil War may have nearly burst trying to fit in so many characters, minor plots, and major moves… But ultimately everything presented felt part of a larger whole. I left the theater feeling like “the end” of the Captain America franchise allowed us to see Steve Roger’s true journey: From a scrawny kid to psuedo hero. From pseudo hero to real hero. From real hero to a lost hero. From a fish out of water to a leader in the modern world. And, lastly, we leave with Captain America up-to-speed, fully formed, and working towards his own ends. While Cap may not have felt entirely like the star of his own film here, the Russo bros prove it’s because he’s finally reserved to lead when he needs to. America in 2016 is no longer in need of a Nationalist Super Hero. Someone please let Donald Doom know that. But I digress.

GiAnt-Man – Seriously fun. Game changing. Funny, but perfectly placed in the scene. And it sets us up for some more hijinks in the pending sequel(s). More than all of that though, the debut of Scott Lang’s big trick reminded that this was still a comic book movie. Toss in Peter’s quip about the old movie being inspiration for taking Lang down and you have a capsule of everything right about Marvel’s movies.

A Realistic Approach to the Fantastic – Beyond every other point made here… what strikes me the most about Civil War was how very plausible the Sokovia Accords would be. Whereas the other movie just sorta chunked the whole “world is weary of what’s happening” into a little session of congress, here we have a truly global retort to all the catastrophe. Tony Stark’s resolve in the face of tragedy (not unlike Dr. Greg House reacted when being put in his place by a civilian) makes complete sense. The need for supervision, or at very least sanction to operate makes plenty of sense to me (#TeamIronMan). And Captain America’s rigid response, in light of all that fell during Winter Soldier with Nick Fury and the whole “pro-active vs. reactive super heroics” makes even more sense.

All that and they eventually solved the whole thing without killing each other.