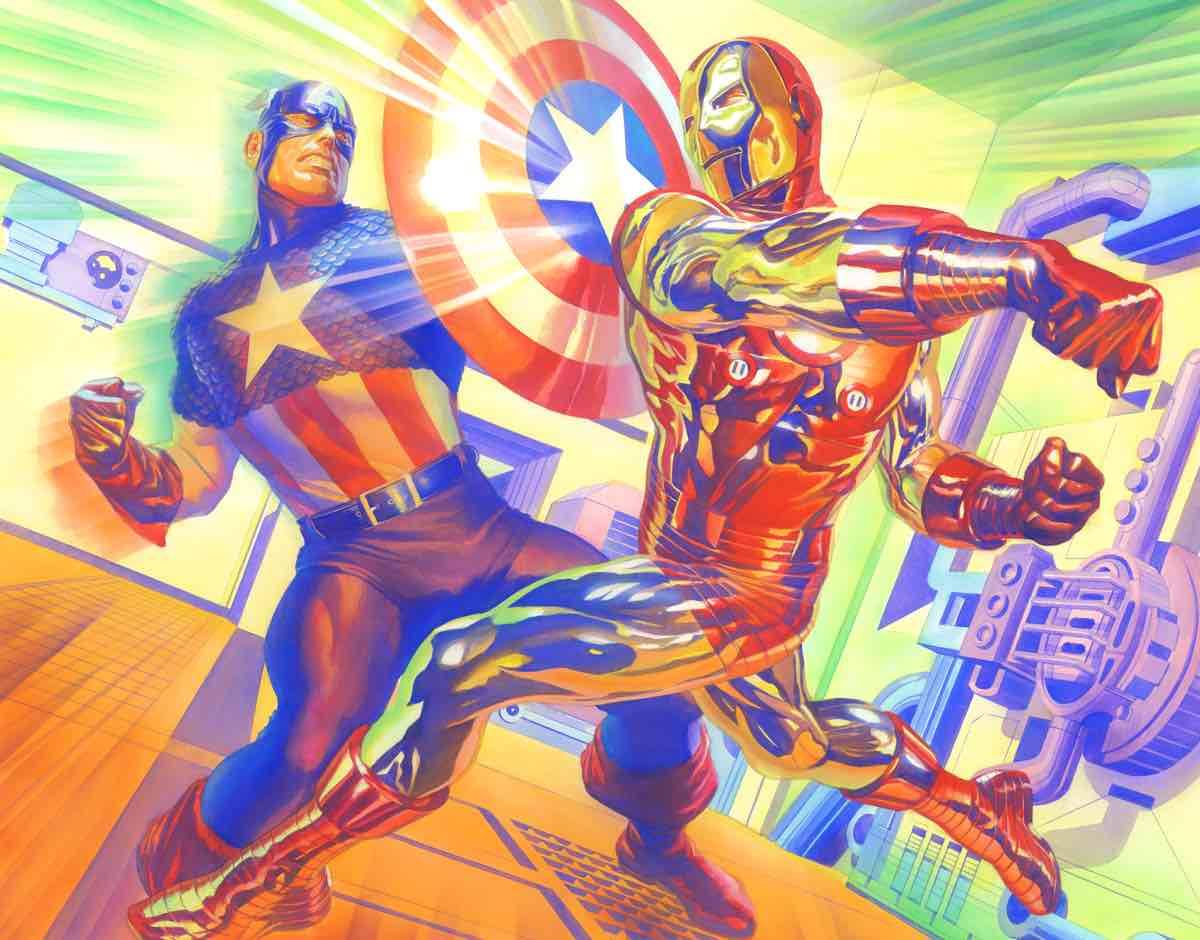 I hesitate a little sitting down to write a rave review of Captain America: Civil War because a year ago I wrote a rave review for Avengers: Age of Ultron, and when I rewatched that to make sure I was all set for this new installment I found it rather tedious. Are these, perhaps, movies that trick us into liking them with their big action scenes, clever dialogue, and sweeping scores— but only really play in a big theater with a bucket of popcorn? Are there no legs to these films? Will we be as embarrassed of them in 20 years as we are of Batman Returns now? The correct answer to these questions is a resounding “who cares?” It doesn’t matter if these are immortal treasures, the Casablancas or French Connections of our time, only that they’re fun to watch now and they are, perhaps the most fun this side of Fast & Furious, and we should cherish and celebrate them even if they might be a bit fleeting.

I was the perfect age to be completely enamored with the Civil War comic book series. I was finishing up my junior year of college and I could not get enough of any super hero comic book with a political allegory thrown in. If you wanted to have someone talk your ear off about how Margaret Thatcher influenced British comics in the 80s with not even a whiff of proper context I was your guy. Civil War the comic felt timely and provocative while Civil War the movie feels decidedly less so. We seem less concerned these days about government surveillance and intrusion in to our lives. There was probably a good pivot to be made to police militarization and violence, especially when Captain America learns that the order is to kill Bucky on sight, but there’s seemingly no interest in exploring this and it’s hard to blame them when Marvel is interested in making a billion dollars, not in being provocative.

They’re going to earn that billion dollars, too. Civil War is a crisp, effective, action movie that provides ample fan service without feeling overdone. Early in the film I thought I was completely worn out by super hero action sequences, and then they get to the big signature set piece where all the heroes fight each other and I was completely riveted. It helps that their big dramatic fight scene has a brand-new wisecracking Spider-Man and a welcome returning Ant-Man to keep things light and glib and just the utter opposite of Snyder-esque. The final fight scene has that overwrought gritty feeling creeping in, but by that point the stakes have been jacked up so many times that I was willing to forgive it. It’s a dark violent fight but it’s so well directed and the cramped environment makes it feel immediate, imposing, and fresh. Civil War has some fantastic character moments but it needs to live and die by its action sequences, and with the exception of one that felt lifted from The Bourne Identity it consistently hit the mark.

I’m beginning to wonder if the Marvel Cinematic Universe is starting to strain under the weight of its own continuity. The scenes between Vision and Scarlet Witch were generally charming but they mostly felt like they were setting things up for future movies rather than relating directly to the action at hand. Similarly, I was thrilled to see Chadwick Boseman debut as Black Panther and while he’s a riveting presence (and an A+ costume) it felt like they were saving all the good bits for his solo movie, and while I’m excited to see it that movie comes out in two years, I paid for this ticket now. I understand that this is bigger than any one movie, but I want these events to feel important and self-contained and not just part of some endless march to Thanos or whatever the endgame after that is. Comic book movies should be evocative of their source material, but should avoid the more glaring pitfalls of sequential storytelling with excessive continuity when they can.

I like so much of what they put on the screen in Captain America: Civil War and most of my complaints seem to be about the things they didn’t do or problems outside the scope of a movie like this, and while I do think a more timely, more self-contained film would have been more enjoyable it doesn’t take away from how good it is now. We are looking down the barrel of a rough summer when it comes to standard-fare action movies, and when I’m sitting through Teenage Mutant Ninja Turtles: Out of the Shadows I’m not going to be thinking about how Civil War dropped too many hints— I’m going to miss how it could stage a compelling grandiose action scene and how none of the characters looked like expressionless CGI blobs. Civil War is as good as superhero action films get, or at least as good as they get with no Hulk.

Seriously, I feel Hulk-starved at this point.