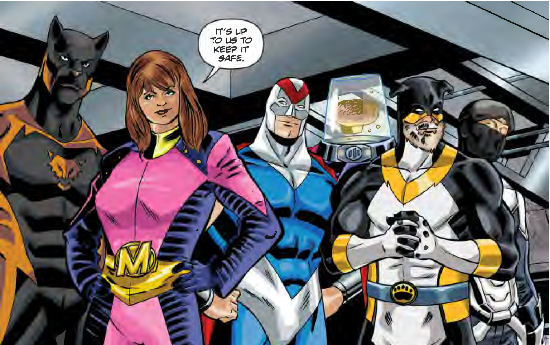 We get a hell of a lot of press releases over here at ComicMix. That’s understandable, even though we’re not really a news site – for those of you who watch Fox News, there’s a difference between “news” and “opinion.” We get ‘em from all sorts of people and places and most of the larger comics publishers, except DC Comics. Hmmm… I wonder why that is? 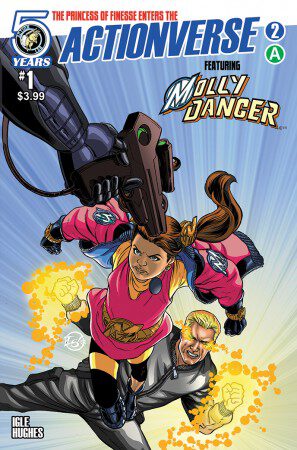 Perhaps the publisher who leads the pack in sending out press releases is Action Lab. I say this because in the time it took me to write these words we received another seven releases from Jamal Igle. Yes, the artist on Supergirl and Firestorm and New Warriors and Iron Fist / Wolverine and all sorts of other worthy stuff. His creation, Molly Danger (Hendrix much?), is over at Action Lab where Jamal also serves as Vice President of Marketing. Our very own Ed Catto made him the subject of a Supergirl-focused column about two months ago.

Not a problem. Some publishers seem to send out releases every time one of their staffers goes to the bathroom. Jamal’s are actually informative. The number one secret to getting outlets to read your press releases is to always have something interesting or newsworthy to say. If we didn’t already have a publicity/marketing human here at ComicMix who could eat Jamal’s lunch, I’d kidnap him. 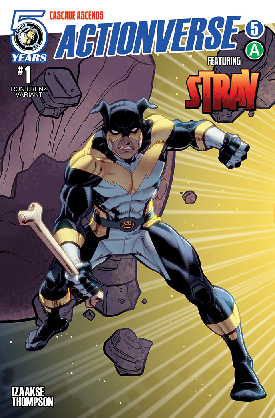 So after receiving notice of Action Lab’s upcoming superhero universe, I let out a long, slow sigh. Damn near every publisher that indulges in heroic fantasy tries this, and a lot of them were as good as they were unsuccessful in the long run. Malibu’s Ultraverse, Dark Horse’s Comics Greatest World, Dynamite’s line of pulp characters… everybody meets everybody, but the established (and incessantly reestablished) universes at DC and Marvel preempt too much of the readers’ time and dig too deep into the readers’ wallet to allow even really good projects such as the ones I just noted any chance at traction. Which, of course, is the point: DC and Marvel used tonnage to crowd competitors out of the newsstand, now they crowd ‘em out by draining time and money. This is the purpose of capitalism.

I picked up my keyboard and dropped Jamal a note saying “let’s see what you’ve got” and he rapidly replied with pdfs of the six-part Actionverse miniseries. I read the run during my just-concluded post-MoCCA recovery, which seemed appropriate as MoCCA focuses on smaller, independent publishers. 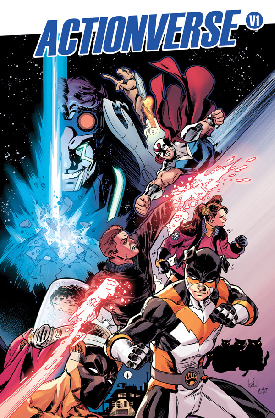 This universe consists of many Action Lab characters: The F1rst Hero, Fracture, Midnight Tiger, Stray, and Igle’s own Molly Danger. If you’re not familiar with any or all of them, Actionverse is a good place to check ‘em out.

By definition, putting the band together requires the creators to succumb to originitis, where by necessity the story revolves around establishing who’s who, what’s what, and where it’s all happening. Actionverse is no different, but at least each issue focuses on the introduction of one character joining the evolving storyline. Structurally, across the six issues we’ve got us a story that is structured in a fashion similar to the first issue of original, Tower Comics T.H.U.N.D.E.R. Agents by Wally Wood, Reed Crandall, Gil Kane, and Mike Sekowsky. This is the highest praise I can offer to the first issue of a new super-team.

We’ve got us a fun, unpretentious, straight-forward super-team here that is devoid of Greek choruses, one that I enjoyed reading and will indulge in further. If you enjoy superhero comics but have grown tired of the DC/Marvel’s rebooting/reimaging/rebirthing reflux, check out Actionverse. Six issues, six weeks, by (gasp) Anthony Ruttgaizer, Jamal Igle, Shawn Gabborin, Ray-Anthony Height, Sean Izaakse, Vito Delsante, Marco Renna, Chad Cicconi, Steve Walker, Mat Lopes, Ron Frenz and probably a few others.

Shipping against Civil War II and Rebirth, I’d hate to see Actionverse get lost in the shuffle. And, besides, you deserve something new and different.