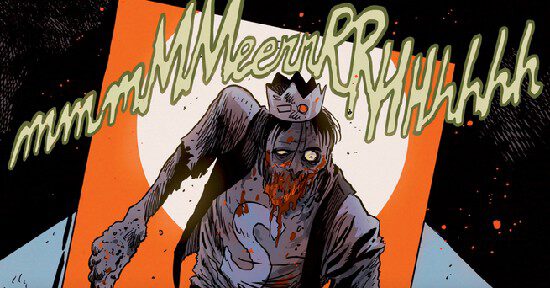 Let’s hop on back 40,000 years into the past and watch a fellow named Urg make marks on a cave wall with a piece of flint. We happen to know that Urg has only recently learned that he can make these marks and he is now in the process of finding a use for them. Hey, listen… he’s now making sounds. Could they be words? Can they give us a clue as what he thinks he’s doing?

And now we fire up our time traveling whatsis and behold! – we find ourselves in the pages of a comic book. The panel we’re in shows those Riverdale High funsters Archie and Jughead strolling down a sunny street. Nearby, enjoying a snack of grass, is an antelope.

JUGHEAD: Sure looks like one. Wonder why the artist put that in!

Okay, half turn to the left or right, depending on your political preference, and we find ourselves in the real world – that is, the world we happen to inhabit. We’ve just snuck through a back door into this week’s topic (and yes, maybe I’m being generous in calling what follows a “topic.”) In one sentence, here we go:

That’s really all I have to say, but I’ll expend a bit more band width anyway.

Remember Urg? He found that he could put scratches on the cave wall and then discovered that these scratches could be pictures and suddenly he was an artist! Time rushed forward and Urg’s descendants put Urg-like scratches into clay tablets and then people had both pictures and writing and then later descendants of Urg invented paint and canvas and various kinds of printing inclluding high speed presses driven by steam and photography and radio and television and silicon chips and the bank width I’m expending…

Urg sure had a lot of descendants and a number of them, maybe without realizing exactly what they were doing, put gadgetry devised by someone else to expressing themselves and amusing their neighbors and pretty soon, there stood Disneyland. And much, much more.

That “much, much more” might be a problem, unless it isn’t. Cinematic technology can put spectacular images on the screen and if we have a toy, we humans will play with it. (I saw a planet explode just the other day.) And all those explosions and chases can serve the story that contains them, but on another level, they’re spectacle. What I fear is that the spectacle is overwhelming drama and theme and the other stuff that can be put on screens and so we’re collectively losing valuable gifts the ancients knew about, things like catharsis and empathy. Am I tilting at windmills? Maybe. Probably.

The exploding planet happened in Star Wars: The Force Awakens and I’ll certainly see the next episode in the Star Wars franchise.