Molly Jackson: Tangled in the Internet 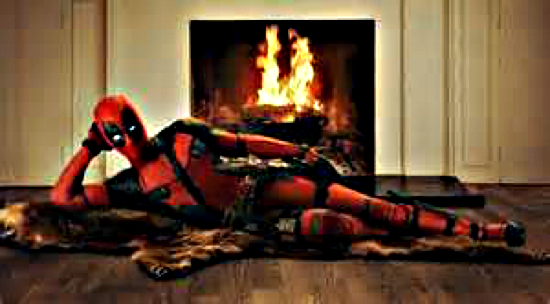 The Super Bowl was this past weekend. I’m sure you know this, as it is a (unrecognized) national holiday. I enjoy watching football; it is a fun pastime to me. (The shock! The horror!) However, the game this year wasn’t all that great. There were too many fumbles and too many errors. Very disappointing indeed. But then again, the Super Bowl isn’t really about the game anymore. It is about the commercials.

This commercial revelation isn’t a new thing either. It has been at least a decade of excitement over the commercials. But even that is beginning to fade a bit as everything gets released online in advance. Now we get trailers for commercials! Or in our case, (bringing this back around) trailers for movie trailers.

As geekdom has become “normal” and accepted, comic book movies seem to have exploded in popularity. This past weekend saw at least five comic book movie trailers, plus commercials that featured comic book characters. However, you didn’t need to watch the game to see them. They were all released on the internet almost immediately after airing.

For those who skipped the game, the weekend also saw a minor feud start up (or possibly flare up) between creators Rob Liefield and Dan Slott about credits on the new Deadpool movie. Things were said, tempers rose, and we all got the ringside seat. In the past, this would have been an internal comic fight but the internet brought it straight to us.

Geeks connecting outside of their basements or comic shops is still a good thing. Now I know geeky people all over the world. Still, with great connection comes great responsibility. We all use the internet as a platform for expression, but it is always interesting to watch companies and celebrities use it to reach the masses.

It’s not necessarily a bad thing that we are all connected. Now, creators get recognized for their own work globally. Before the Interwebs, we would have had no idea who Rob Liefield was, much less any quotes taken out of context. Bill Finger still would be an unknown and Superman creators Siegel and Shuster would have never gotten any credit in the history books. And without the interwebs, we wouldn’t get tangled up in creator fights or five trailers for the same film that provide no extra info.

So with that random thought in mind, surf safely.