Dennis O’Neil: The Times They Are… 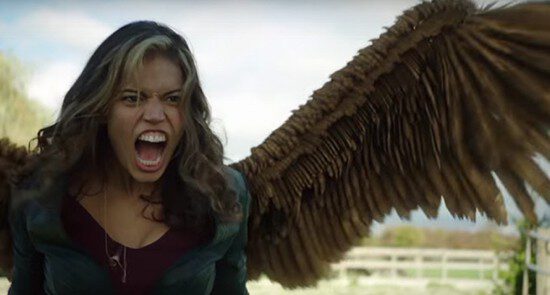 So where are we and how’d we get here? An easy one to answer: we’re in the first week of 2016 – that’s SIXteen and don’t forget it when you write your next check. That’s the where and you can add a “when” to it. How’d we get here? Short answer: Continued breathing.

It’s not exactly tradition, but it is a widely practiced custom, to get in a reminiscent mood and look back at the twelve months just passed and comment on them. So here we go, peering into the rear view mirror, and…

Not a lot to see. For us, it was a quiet year, maybe the quietest in decades. Not much travel, not much shooting off my mouth in public. We stuck pretty close to Nyack, and we could do worse; nice town, Nyack, which is probably why we’re still here. The year before last – that’d be 2014 – was a monster, and so a placid stretch may have been in order. We are, after all, no spring chickens.

We lost some people because that’s what happens. We can’t change that, but we can remember and grieve,

The 2015 pop culture scene was pretty chipper. I did nothing as a participant, but I don’t mind sitting in the audience, especially since our local 21-plex has installed luxury seating. There were the usual spate of profitable movies crowned, as I write this, by the new Star Wars flick which has earned, thus far, a billion and a half dollars – that’s billion with a B – and I wonder which country SW’s creator, George Lucas, will decide to buy. (George: we had a good time in Argentina. Just a suggestion.)

On the tube, we had a classic yin-yang situation in the two female heroes who made their video debuts: Supergirl (= bright and cheerful = sunny yang.) Jessica Jones (= dark and grim = shadowy yin.) This is okay. It’s a big venue, with plenty of room for everyone.

The rest of the comics-derived heroes seem to be doing all right, and there’s another posse of them heading our way. I have to admit I never expected to see Hawkgirl on a tv screen but hey, Shiera, welcome to my living room and next time, bring your husband Carter along (unless in the television continuity you aren’t married, in which case Carter can come as your boyfriend. Always happy to greet boyfriends, especially if they have wings. And are you guys still from the planet Thanagar?)

By the way, I’m aware that she’s sometimes known as HawkWOMAN; either name is fine with me.

But what’s this? Somehow, we have crept out of 2015 and into 2016, morphed from reminescers to anticipators or even prophets, and that’s not us. Prophecy is a game for either con men or industrial strength optimists and this former spring chicken, being neither, will pass. Just let my brain soften a bit and maybe I’ll try it.