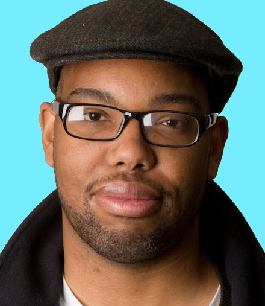 First off, and apropos of nothing, I am thrilled beyond words that James Frain is in the new season of Gotham. I have loved him in everything he’s been in.

Also, I think he and Stephen Colbert should play buddies in a movie about a magic spell that gives them powers while deforming their ears.

In other news, this has been an amazing week for diversity. Not that anything radical has happened. We are not, as a society, suddenly more just and fair and welcoming to people of all types. That said, there have been some really interesting discussions, and few steps in the right direction.

It was lovely to see Viola Davis win an Emmy for her role in How to Get Away with Murder (which I stopped watching about halfway through, because I didn’t care enough about the students, but maybe I should check it out again). I’m shocked that this is the first time an African-American woman has won that award in the 67 years of Emmy history, but then I consider how many television dramas have had female leads of color and it doesn’t seem so strange.

(One must also allow for the improbable conservatism of Hollywood, where everyone likes to think he is progressive, but only hangs out and hires people like himself.)

There is so much unconscious bias in our popular entertainment that we are — finally — becoming conscious about it. Straight cis white men might still be the heroes in most movies, but we are at least starting to take names (with the hope that we will soon start kicking ass).

I realize it can be difficult for people, like myself, who are privileged to notice the disproportionate amount of attention we get from the media. So, when I suggest you look at this research that demonstrates how few speaking parts there are for women in film, I’m not saying that women are the only people excluded. We are excluded, but some of us (straight cis white women like myself) get more opportunities to tell our stories than others.

More stories are better. Even DC Comics might have to accept that.

Speaking of more stories, here’s one last one, so we can end this column on a high note. The author Ta-Nehisi Coates is going to write Marvel’s Black Panther for the next year. His new book got fabulous reviews, and it’s on my Kindle, so I should have my own opinion pretty soon. Coates should bring a fresh and different approach to a character who will be in the spotlight because of his movie.

Maybe DC should ask  to write an on-going Vixen series.