REVIEW: How to be a Superhero 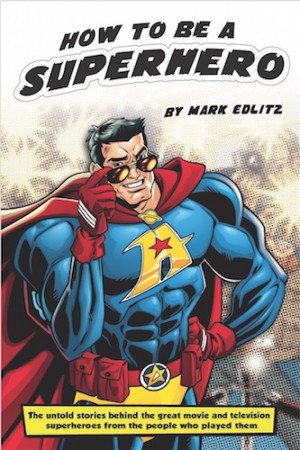 Longtime readers of pop culture magazines have no doubt read interviews with actors who have donned capes, cowls, spandex, and prosthetics to portray heroes and villains drawn from comic books. I certainly was involved in my fair share of such interviews working at Starlog Press and its successors have continued, especially contemporary online outlets which are enjoying a bonanza of options.

Most of those interviews tend to be about the most immediate project with little insight or context about an actor’s association with a media property or being the latest in a long line to play the same role. And certainly, these interviews are sandwiched between news, features, and other topics. So, it’s a bit of a surprise that such a collection has not been attempted before.

Mark Edlitz, a hardworking writer with credits including The Huffington Post, Los Angeles Times’ Hero Complex, Moviefone, Sirius/XM Radio’s Slice of SciFi and Empire magazine online, has collected nearly four dozen interviews he’s conducted through the years and is releasing on June 1, How to be a Superhero. It’s not a guidebook or a real “how to” but provides an interesting glimpse into the performers who brought four-color idols to life.

Organized into eight categories, Edlitz introduces you to Caped Crusaders, Heroic Women, Antiheroes, Sidekicks, Supervillains, and so on. There’s even an Appendix that includes the performers he could not interview himself, culling choice quotes from a variety of sources so this is as complete a source as one might hope to find. 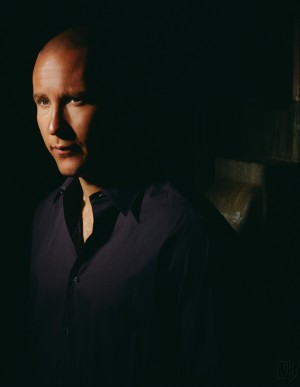 Edlitz’s overlong introduction sets the stage and clarifies to us who he considers to be a superhero, which feels like a justification to wax nostalgic about James Bond and including interviews with George Lazenby and Roger Moore. Additionally, he includes an out-of-left field, not terribly useful interview with Leonard Nimoy about Spock. 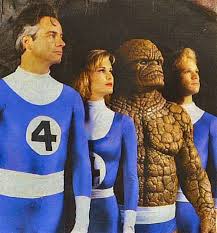 Overlooking those, the remainder of the book is treasure trove of interesting conversations with actors from Noel Neill and Jack Larson during the nascent television days through Clark Gregg, the coolest hero in a black suit on prime time today. In between, we get everyone you would expect and then some. Edlitz gets credit for speaking to the first Fantastic Four – Alex Hyde-White, Carl Ciafello, Rebecca Staab and Joseph Culp, who played Doctor Doom – in the never-released Roger Corman produced adaptation. Similarly, we also hear from Chip ZIen, who voiced Howard the Duck from that eponymous disastrous production.

Given how slightly defined the heroes were in film and on television in the 1940s-1960s, the actors themselves attempt to fill in the gaps and explain their work process. Then there’s Yvonne Craig who pretty much admitted she didn’t put much thought in to Batgirl given how little she was given to work with.

On the flipside, some of the book’s best comments come from Michael Rosenbaum, exploring the events that shaped Lex Luthor on Smallville. Kevin Conroy and Tim Daly, who voiced the World’s Finest heroes, also have some strong comments about what it means to be a hero.

Behind the camera, Tom Mankiewicz, who wrote for Bond and the Man of Steel, provides an informative glimpse into how 1970s fare was conceived while Ken Johnson talks adapting the Hulk to the small screen, mostly avoiding the horrible telefilms that tried to create a Marvel televised universe.

What would have helped the book was providing some context for exactly when each interview was conducted so we have a better idea how the performers were influenced by contemporaneous comics publishing and film competition. He also asks each subject for a question to ask the next one but they run in a chaotic order so it feels jarring rather than delightful.

As interesting as the words are, the pictures leave something to be desired, mostly public domain press pictures and far too few of them. Still, these are minor quibbles in what is an enjoyable reading experience.

With 20-something superhero pictures to come in the next few years, this book is a fine encapsulation of the pioneers who paved the way for today’s fare. Dealing with stereotyping, poor special effects, meager budgets, and ridiculously tight production made it hard to stand up for truth, justice, and the American Way so they are to be saluted and thanked for their contributions.