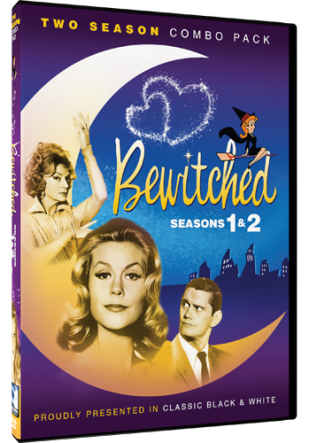 Minneapolis, MN (January 2, 2014) Mill Creek Entertainment rings in the New Year with their first collection of TV on DVD releases for 2014.  Sure to bring back great memories, this release group includes seasons one and two of The Cosby Show, Bewitched, Married With Children, Just Shoot Me and Good Times along with Charlie’s Angels Season 1, Dilbert – The Complete Series, Highway to Heaven Season 3 and Wings Seasons 3 and 4.

Available for the first time on home video are the original uncut broadcast episodes of season one of The Cosby Show and the original theme song, Love and Marriage by Frank Sinatra, on the Married With Children releases. Many of these TV series aired for more than 5 seasons as well as in syndication and made a significant impact on prime time television and our culture.

Audiences will experience the laughter and entertainment all over again with pop culture icons Cliff Huxtable TV Guides’ #1 ranked TV Dad, Samantha the witch who adorned TV  sets with her magic for many years, J.J. who coined the phrase “Dy-No-Mite”, the infamous couple Al and Peg Bundy, Dilbert who continues to humorously navigate corporate culture, the three angels, Kate Jackson, Farrah Fawcett  and Jaclyn Smith in Charlie’s Angels and the angel himself, Michael Landon, in Highway to Heaven.

These DVDs will release January 21, 2014 for only $9.98 SRP for single seasons and $14.98 for the 2 Season Combo Packs and will be available at major online and retail locations everywhere.