Children of the Chuckle Patch rejoice, the lost “Magic Garden Christmas Special” has been found 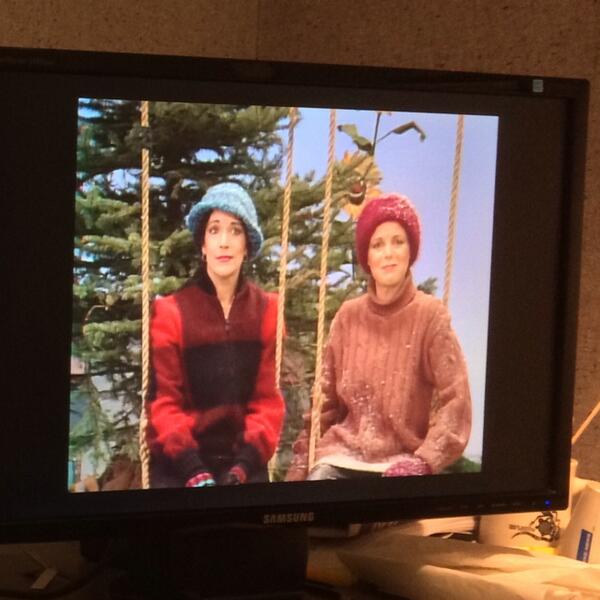 Doctor Who isn’t the only show that finds lost episodes.  Earlier this month, WPIX, channel 11 in New York City, announced that they they had unearthed the long-lost Magic Garden Christmas Special, which will be broadcast today for the first time in 32 years.

The master tapes for the episode were found in a storage vault that had literally been forgotten about for over twelve years.  The building alerted the station to its existence, and upon inspection, found a treasure trove of archived footage in a variety of formats.  In addition to the Magic Garden special, they’ve uncovered decades-old news reports, and a pristine master copy of the locally-legendary Yule Log broadcast from the eighties. The station gives a peek into the vault in a piece prepared for their news broadcast.  They continue to pore through the huge collection of footage, and sharing results of its findings on the twitter feed @WPIXArchives.

New York City was a Mecca for original children’s programming in the middle decades opf the twentieth century. From Sandy Becker and Bob McAllister on Wonderama, to Chuck McCann and Soupy Sales, the sheer creativity, often on a shoestring budget, was inspiring.  WPIX had cartoon show hosts like “Captain” Jack McCarthy who hosted the Popeye cartoons, and would go on to host the St. Patrick’s Day parade every year until his death in 1996.  Time for Joya starred former torch singer Joya Sherrill, which ran early mornings six days a week.  Joya and the rest of the cast were African-American, giving them a special place in TV history.

And then there was The Magic Garden.

One set, two hosts, two puppets, and a lifetime of memories.

Carol Demas and Paula Janis , friends since high school, helped develop the show, produced to satisfy the requirements of the new Children’s Television Act.  They sang songs, acted out fairy tales (with props provided by Storybox), read riddles and jokes from the Chuckle patch, and interacted with Sherlock, a wily pink squirrel who would ever try to con the girls out of peanuts.  Sherlock and his sidekick Flap were performed by puppeteer Cary Antebi, who also performed Rags on CBS-TVs show The Patchwork Family.

Only 52 episodes of the show were produced, which ran until 1984.  Save for a brief run on Nick Jr in 1994, the show remained off the air till 2008, when two episodes, hosted by Carol and Paula, appeared on WPIX on Thanksgiving to great love and ratings. A limited run of ten episodes of the show were released on DVD in connection with that broadcast, now long out of print and commanding collector’s prices.  The station suggests that the response to the new special might lend support to the show returning to the air in some fashion.

The Christmas broadcast of the Magic Garden Christmas Special will be at 6PM Christmas day on WPIX channel 11 in New York, as well as streaming at their website, pix11.com.