Mindy Newell: Monsters Of The Id 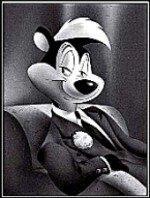 I may be behind the eight-ball here, but last month much blogging, Facebook and Tumblr posts and Twitter accounts were ablaze with comics artist Tess Fowler’s account of sexual harassment at the 2007 San Diego Comic Convention – a comics pro used the age-old pretense of being interested in her work to try and get her to come up to his room, and when Tess declined, he then went about insulting her work, her cosplay and talking bullshit about her to other male comics professionals and anybody else who would listen on the convention floor, i.e., in public.

Yeah, I know I’ve written about this subject before, and so has Heidi MacDonald over at The Beat, Colleen Doran on her own blog, former Dark Horse editor Rachel Edidin on her Tumblr site Postcards From Space, Jill Pantozzi at The Mary Sue, and Corrina Lawson on her site, Geek Mom.

What I’m wondering now is…

Is sexual harassment towards women in the industry more prevalent now than when I was actively writing and editing in the 80s and 90s?

Was I really that oblivious?

No, I wasn’t. But I had confidence in myself and didn’t think too much about it, and I honestly really never felt harassed or put upon or insulted. In fact, I enjoyed my professional and personal friendships with Marv Wolfman, Len Wein, Mike Gold, Joey Cavalieri, Bob Greenberger, Fabien Nicieza, Dick Giordano, Tom Brevoort, Mark Gruenwald, Jerry Ordway, Tom DeFalco, Ernie Colon, Richard Bruning, Keith Giffen, and so many other men in the biz, just to name a few. In fact, I was honored to be able to call these guys my friends and co-workers.

But there was one particularly nasty incident concerning an editor and a letter and my toilet bowl. Yes, I was so disgusted by the contents of that letter that I flushed it down the toilet in a fit of rage – thus “burning the evidence,” which was a ridiculous thing to do, I know, but I also stopped working on my assignment long enough to have the big boss of this company call me and invite me to lunch with him at the Top of the Sixes, a very swanky restaurant. During the phone call I told Mr. Big (with apologies to Candace Bushnell) about the letter, and he asked me to bring it to the lunch. “I can’t,” I said. “I flushed it down the toilet.”

“You shouldn’t have done that.”

“I couldn’t keep that disgusting piece of filth around this house.”

But the lunch went off as planned. Mr. Big was a wonderful man, a true mensch, and he made me realize that, as a comics professional, hell, as an adult woman, I had to finish my commitments. Which I did. Even if my heart was no longer in it.

But this was the only time that I experienced any kind of direct sexual harassment in the comics industry. Perhaps it’s because the men I met were, for the most part, of an age – all high school and college students in the 60s, shutting down universities and marching in the street to protest the Vietnam War, “tuning in, turning on, dropping out” during those summers of love. Women were burning their bras, men were burning their draft cards, and the police were beating up protestors at political conventions while inside the buildings journalists were being manhandled off the floor. The men who were older – Julie Schwartz, Joe Kubert, and others – had lived through their own hells of the Depression and World War II.

Now I’m not part of the current scene in comics; well, I am, but only peripherally. So I can’t speak directly of the XY set in comics today. But from what I read, from what I hear, it seems that there are more boys in the field than ever.

And as children, they have no idea of the repercussions their behavior is causing. Repercussions that could result in the destruction of an industry.

And all because they can’t keep their ids zipped up.