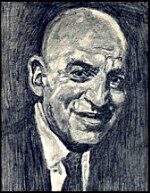 One of those, you know, jangly weeks: we arrived in Austin wearing the winter garb appropriate for Newark, where we began the journey, and stepped from the airline terminal into 70 degrees and regretted our bag full of long sleeves. Looked like it was going to be a sweaty few days, maybe, but not to worry: the temperature dropped thirty degrees overnight and by daylight, my cold weather jacket was appropriate and when we again moved into the outdoors we got our first bite of winter. No big problem: our destination, the Austin convention center, was just across a narrow street.

The convention was what conventions are, these days, with maybe more television actors than comics folk. We did manage to raise a few bucks for The Hero Initiative, always a good reason to go someplace, but the chill kept us close to the hotel and so we didn’t see much of Austin which, I’m told and still believe, is a righteous city. Maybe next time.

I didn’t speak to any of the celebs, either, though some of them have done work I enjoy. Never do chat with the thespians, even though I’ve been sharing con programs with their ilk for decades. Probably never will. (Maybe not next time.)

I’m the anti-fan I won’t approach VIPs, even when I could jury rig a reason to. Mari and I were sitting in a bakery during our first visit to what is now our home town and, I’ll be darned, who walks in but Alec Baldwin and his then-wife, Kim Basinger, and another woman, a nanny, I’d guess, holding a baby whose last name undoubtedly was Baldwin. They sat nearby. Now – small world – our son had recently spoken with Alec during a visit to Hollywood about a project they might have shared, though they didn’t, and so we had a great conversational opener, and Mari looked like she’d use it. But not grumpy me. I shook my head no and pretty soon we left.

Another instance: Larry Hama and I were playing video games in a California hotel and in comes TV’s Kojak, Telly Savalas. He stands between us, kibitzing for about five minutes, being ignored by the comic book guys from New York.. He leaves. Who could blame him? (Who the hell did we think we were?)

Why does my nose rise into the air when I encounter the renowned? The answer does me no particular credit. What it comes down to is, I’m afraid that they’ll be jerks and I won’t like them, or, worse, it will be obvious that they don’t like me, and this emotional frisson will get between me and the venerable person’s work. I won’t be able to enjoy it and that could be regrettable.

The weather in Austin continued to be iffy and for a while, there seemed to be a possibility that we’d be snowed in. The flight was late taking off and we were cramped for hours – were the new airline seats designed by Torquemada? – and I was thinking Oh just, please, let me get to my cozy home. We got here and found the house cold. The heating system had failed and we were a pair of icy oldsters. But a savior drove in from Orangeburg past midnight and got the heating machine working and I later thought What a great job this guy has…driving alone through the night making people warm…

Well, between the jangly week’s beginning and a major holiday a few days later, and some mild sore-throat/cough/sniffle action, we didn’t see the new Hunger Games movie. If I were into idolatry, I might adore the film’s star, the splendid Jennifer Lawrence. As long as I didn’t have to meet her.