Review: “Doctor Who: The Ice Warriors” 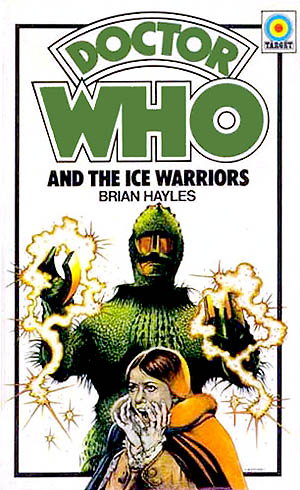 Some of the latest releases from the BBC in their classic Doctor Who episodes are well timed, as they feature characters which made a reappearance this season. The Ice Warriors is a Troughton episode which feature the classic monster that made its return in Mark Gatiss‘ Cold War.

The Ice Warriors is one of the early adventures with missing episodes, specifically episodes two and three.  In addition to the usual stellar job of restoring the existing episodes, the missing parts are here recreated with animated footage, tied to existing soundtracks. The restoration team provides alternative style commentary tracks for the animated episodes, presenting archival interviews with Bernard Bresslaw and writer Brian Hayles, and readings of transcribed interviews with other cast and crewmembers.

Extras include new two new mini-documentaries on both the making of the original adventure, and the new animated adventures.  Commentary tracks are featured on the full episodes with with the cast and crew.  For the completist, they’ve even included the original intro  footage from the previous VHS release by Deborah Watfield and Frazer Hines, and the original restoration of the adventure, using photographs and a narration to explain the action, interspersed into the dialogue.  A special set of Who-themed episode of children’s craft show Blue Peter are included, featuring presenter Peter Purves, who appeared on Doctor Who as astronaut companion Steven Taylor.  Frazer Hines continues his personal reminiscences of the series which began on the release of The Krotons.

It’s a classic episode from the early run of the series, a first look at a popular villain.