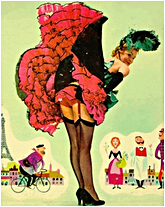 So after all that hemming and hawing, Wizard World Chicago came and went. Unshaven Comics saw record sales, happy fans, and well… that’s all we needed. The vibe itself of the show was tepid at best. Many many folks stopping by were quick to talk about their excited meetings with John Barrowman, Wil Wheaton, and Zach Quinto. Others simply said the show was OK, and that they were having a good time as always.

As always, the looming undercurrent of complaints crept around the edges. Full weekend passes cost nearly $100. The show floor itself (due to circumstances beyond Wizard’s control) was split between two floors, with significant bottlenecking of crowds throughout the day. And for those of us showing, Artist Alley seemed to have significant dead-spots – places on the show floor where traffic seemed to never pass by. Attempts to move (and move, and move) seemingly did nothing for the sales. I would guess that roughly a third of the exhibitors left unprofitable, and grumpy.

But I digress. I’m not here to give a thorough analysis of this particular con. Nor am I going to politely make suggestions on how Wizard might improve their exhibitions. I did that last year. And the year before that. I wave the white flag on Wizard’s practices. It’s clear that they want to be micro-San-Diegos in pop-culture-scope and have no desire to really cater to comic creators or the fans that-there-of. My biggest gripe found its way to my Facebook feed via the illustrious Gene Ha.

Gene caught a story over on The Beat that declared Wizard was moving in on comic-con competition in Minneapolis. It’s Wizard World Minneapolis show (a new one amongst their cadre of dates and locales) is scheduled a mere two weeks before the Midwest Comic Book Association’s already established SpringCon. Well, well, well Wizard. Good on you.

Once again, Wizard chooses to horn in on territory where locally owned and beloved conventions have scheduled. Just as they purchased Mid-Ohio Con in Columbus and took over the New York Comic Con in years past. When asked for comment (in case you didn’t read the link above) Wizzy just piddled in the corner… essentially blaming the convention center, and kicking the dirt by it’s boots like a child trying to lie, and failing. It’s maddening.

Wizard has deeper pockets than small comic-based shows. It’s a fact. They book bigger halls, bag bigger stars, and charge exhibitors considerably more. And the fact that Wizard Chairman John Macaluso himself commented that “Scheduling conflicts do no one any good,” he’s merely playing coy in my not-so-humble opinion. What Macaluso isn’t saying is that the conflicts are plenty good for him because the odds are in his favor. His shows snipe in dates weeks earlier than his competition, and brings in pop-culture stars from movies and TV… which invariably draw in a larger audience. And in a smaller city like Columbus or Minneapolis? The average con-goer will have little to no reason (or a plethora of discretionary funds) to attend one con right after the other.

In short, the little guy gets boned, unless they spend their time creating guerrilla marketing efforts such to undercut Wizard all in an attempt not to go under. Mid-Ohio simply caved. And now? The same Cincinnati/Columbus area will see three conventions within a six-week period: Wizard’s Mid-Ohio Con, the newly formed Cincy Comic Con, and the elder Cincinnati Comic Expo.

Is this the fate of Minneapolis looks forward to? Conventions fighting over guests and rolling the dice on their attendance? In the end, if that happens everyone will lose. And when the competition has a deeper wallet, the battle becomes that much harder to fight. We proud dwellers of the Artist Alley are left in waiting, trying to figure out what move to make. Especially those of us making the choice to venture beyond our hometown borders… Where profitability of these shows determines whether we’re eating a nice steak dinner after the show, or supersizing on our way home, with merchandise still in tow.

As it stands, Unshaven Comics this year alone has visited Dayton OH, Ft. Wayne IN, Novi MI, Charlotte NC, and the Chicagoland area several times. Later this year we’re going to Cincinnati, St. Louis, Baltimore, New York, Dearborn, and Kokomo. It’s our hope that Wizard takes a step back, and considers making the shows its known for good again… rather than simply expand it’s empire of bullying.