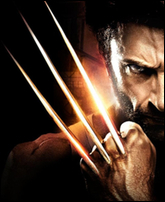 Well, I see that 2 Guns was the weekend box office champ, followed by Wolverine, though the latter has underperformed according to some estimates though we shouldn’t worry because it will almost certainly make a profit when the final reckoning is in and… I didn’t have to go far to learn these facts, and many, many more like them – some of them are in the Monday business section of the New York Times, which is where they belong, and the rest were right in front of me, on the computer screen that is at this moment right in front of me. Lots of inside show biz stuff on the web and maybe that’s not so good.

Stripped of all distracting fiduciary ornamentation, movies and comics and novels and TV shows are about telling stories On the pre-verbal level they’re how infant human beings begin to understand cause and effect, understand how all that color and sound beyond the crib and those warm and comforting holding-things add up to an intelligible world. They assure us and they comfort us: See – it does make sense, you can understand it. As an individual’s biography begins to mimic that of the race, stories morph into other things, some of which do new versions of what the pre-verbal narratives did when the storyteller was just the sweetest little angel! some of which just provide a pretty good evening at the multiplex. They distract us, they entertain us, they provide temporary but welcome respite from current woes.

The business stuff… Not so much. Business these days is about competition and accumulation of wealth – call that greed and I won’t object – and back in the days of our tribal ancestors it was about brute survival. Be tough and ruthless and uglier than the man in the next cave or your genes won’t make it to the next generation.

Evolution obviously selected for both storytelling and acquisitiveness, and so here we are with our share of both. But – I doubt that evolution intended for us to conflate them, They serve separate functions and what I fear is that all that financial information and insider gossip about whose salary is bigger than whose and what kind of contract a given luminary has wangled and other items that I suggest do not even rise to the level of trivia is distracting us from the story! It’s like being backstage at a magic show: if you can see how the tricks are done, they’re not magic anymore.

The other danger is that we’ll become so mired in what are no more than inconsequential trivialities that we’ll bury what should be our real concerns – all those bothersome tidings about war and famine and terrorism and corruption that are no fun at all, but pretty easy to understand. They are, in ironic fact, often part of the stories we enjoy as a way to stop thinking about them.