About The Pulps After Fu Manchu:
Wu Fang 36-03“Tall, thin with lizard-green eyes, yellow robe and black cap embroidered with coral bead, Fu Manchu was the very picture of warped genius. Such unusual potions as spiders, scorpions and plague-carrying tsetse flies were just part of Fu’s prescription to foreshorten the white race’s actuarial expectations. Master of  super  science and creative  toxicology, he . . . was the Yellow Peril.” 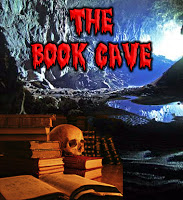 Although it is believed that Kaiser Wilhelm coined the term “Yellow Peril,” it was Sax Rohmer who profited most from the idea, largely through the villainous Dr. Fu Manchu. Little wonder that countless pulp writers, from Walter B. Gibson and Norvell W. Page to Robert E. Howard and George Worts, turned to the devil doctor to find inspiration for their lurid pulp tales.

To begin PulpFest‘s celebration of the 100th anniversary of Sax Rohmer’s infamous creation, Rick Lai looks at “The Pulp Descendents of Fu Manchu,” beginning at 8 PM on Thursday, July 25th in the Fairfield Room located on the second floor of the Hyatt Regency Columbus. Rick will discuss the influence of Sax Rohmer’s devil doctor on the pulps with a look at villains such as Wu Fang, Shiwan Khan, The Blue Scorpion from Peter the Brazen, and Robert E. Howard’s Skullface and Erlik Khan.

Best known for his articles expanding on Philip José Farmer’s Wold Newton Universe concepts, recently collected by Altus Press as Rick Lai’s Secret Histories: Daring Adventurers, Rick Lai’s Secret Histories: Criminal Masterminds, Chronology of Shadows: A Timeline of The Shadow’s Exploits and The Revised Complete Chronology of Bronze, Rick lives in New York. His short fiction has been collected in Shadows of the Opera (Wild Cat Books, 2011) and two upcoming Black Coat Press collections to be printed this year–Shadows of the Opera: Retribution in Blood and Sisters of the Shadows: The Cagliostro Curse.