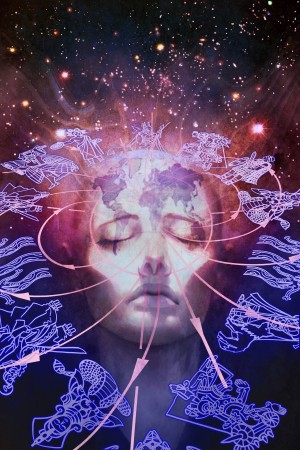 One reviewer at Goodreads commented on ReDeus: Divine Tales, “The tales focus on different gods, many I had never heard of before. What I enjoyed most was how the authors dealt with the culture shock experienced by the characters, not just the mortals, who are now lorded over by these mythological figures, but also the gods who must come to grips with a world that has moved on without them. Hope to see future volumes. ”

That wish is being granted in May when Beyond Borders, the second volume in the ReDeus universe is released by Crazy 8 Press to coincide with Balticon. The new book continues a universe that was conceived by co-editors Aaron Rosenberg, Robert Greenberger, and Paul Kupperberg. Initially, the trio of established authors intended to be the only ones to write stories about an Earth that has had every pantheon of gods simultaneously return. Instead, they decided to invite their peers to join them in exploring this fertile territory and the eleven stories in the first volume spanned the first twenty years since the gods and goddesses appeared in the skies during the 2012 Olympics.

“Zeus, speaking for the gods, tells everyone they’re back for good and they want every man, woman, and child to return to their native land in order to properly worship them,” Greenberger explained. Some of the gods were horrified at the technological advances, not understanding them and therefore had them banned. Suddenly, some countries were without internet and television while some only allowed radio. Populations shifted and the global economy shuddered, causing untold chaos. 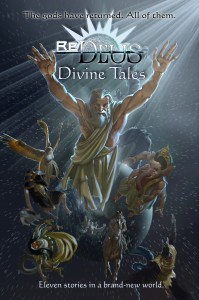 “Many of our Divine Tales authors found themselves growing attached to their characters,” Rosenberg explained, “so we were happy to see what happens to them next. But there are plenty of new characters as well, and the series in general continues to show a wide variety of people in different places and varying circumstances.”

A third volume, Native Lands, was announced recently and will be out in August, in time for Crazy 8 Press’ second anniversary.