Dennis O’Neil: Can We Be Heroes? 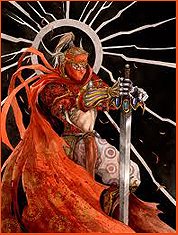 Well! They are certainly biting the dust, aren’t they, these “heroes”? A few weeks ago, I lamented the steroid-fueled fall from grace of that bicycling phenom, Lance Armstrong. And for quite a while we’ve been learning about perverse clergymen who can’t keep their cassocks buttoned and their hands to themselves. Now, we have the sorry spectacle of two of our nation’s high-profile warriors behaving like eighth graders enthralled by their female classmates’ sudden bumpiness. Could they be taking their cues from a rather impressive list of horny congressmen? Don’t know. Is this a matter of national security? Shrug. Are they dumb asses? Well, I have no rocks to throw when it comes to asinine concupiscence, so let us hurry past this and ask the big question: Are they heroes, these horn dogs?

Okay, what’s a “hero,” anyway? The answer, if you don’t mind regressing past a lot of centuries, is that a hero is something pretty close to a god. Heroes first presented themselves in mythology, and often, maybe most of the time, they were half-deity themselves: Gilgamesh and Hercules and that crowd. We worship gods; we venerate heroes. And the need to perform these acts of worship and veneration seems to be pretty deep within us. Our genes seem to like them; every culture seems to have its pantheon of über-beings. Might have some survival value – uniting folks unrelated by blood into a social unit, the better to grow crops and defend against enemies and invent video games.

And here’s where it gets vexing for those of us in the hero business: maybe the time for heroes is almost past. Not just any one hero, or group of heroes, or class of heroes – the very concept of hero. Going, going, gone. Because it’s hard to venerate something you know, in your synapses, does not exist – not just on Olympus, or heaven, but nowhere at all. Which is what contemporary experience is telling us: no Santa Claus, no Easter bunny, no heroes. Now move along…

Oh, there are still plenty of extraordinary feats to admire. Physicists and mathematicians and delving into realities that their forebears didn’t know existed and if you doubt that athletes are amazing, just check out any random season of a major sport or watch the next Olympics. But the “hero” idea has accumulated a lot of baggage over the millennia: our heroes should be noble and honest and honorable and self-sacrificing and, as the Greeks had it, should “serve and protect.” They aren’t any of that – not the ones that exist outside make-believe.

Still, we go to the movies and watch the television and get entertained by heroic figures, so, bottom line, whatever prompts us to hero worship is still with us. And if our heroes are a bit more smudged than those our fathers and grandfathers favored…hey, our air isn’t as clean as theirs, either, and we’re still breathing, at least for a while.