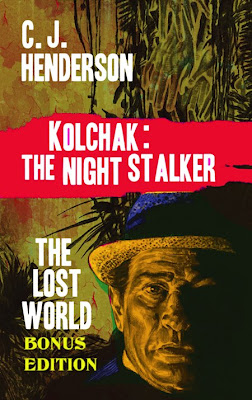 From the author of the Brooklyn Knights novel series!
Due to the almost instant sell out of the first printing of the Kolchak the Lost World novel, Moonstone offers this new second edition with a BONUS never-before-seen Kolchak story!

After getting a serial killer to confess, Kolchak is offered an international assignment with massive coverage around the world. With fame and fortune finally within his reach, Kolchak is ready to cover the story, when he’s confronted by a mysterious monk who warns him that “the seventy-two must always be”.

Kolchak’s dreams are then invaded by unexplainable images that let him know every step he takes is bringing him closer to death.