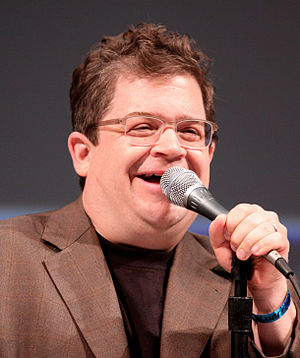 Noted comic book junkie (and occasional comic creator) Patton Oswalt delivered the third annual keynote speech at the Just For Laughs Comedy Conference in Montreal last week. He presented his address in the form of two open letters, one to creators and one to gatekeepers, and everything he said to those audiences can and should also be said to every comic book professional, be they creator, publisher, or retailer. Here’s a large snippet:

When I say everything I know about succeeding a comedian is worthless, I know what I’m talking about because everything I know became worthless twice in my lifetime. […] All the comedians I remember starting out with in D.C., all the older ones, told me over and over again ‘you gotta work clean, you gotta get your five minutes, and you gotta get on Carson.’ And it all comes down to that.

And in one night, all of them were wrong. And not just wrong, they were unmoored. They were drifting. A lot of these bulletproof comics I’d opened for, whose careers seemed pre-destined, a lot of them never recovered from that night. You’ll never hear their names. They had been sharks in a man-made pond and had been drained. They decided their time had passed.

Keep that in mind for later. They had decided their time had passed.

The second time everything I knew about comedy became worthless has been pretty much every day for the last three years.

I know that’s not an exact date. Some other younger, not yet famous name in this room – you are going to pinpoint that date 20 years from now. But for now, every day for about the last few years will have to suffice.

I just want to give you a brief timeline of my career up to this point, when I knew it was all changing again. Listen to my words very carefully. Two words will come up again and again and they’re going to come back later along with that phrase “they decided” and people are going to carry me around the room.

I know that sounds like a huge ego-stroking credit dump. But if you listened very carefully, you would have heard two words over and over again: “lucky” and “given.” Those are two very very dangerous words for a comedian. Those two words can put you to sleep, especially once you get a taste of both being “lucky” and being “given.” The days about luck and being given are about to end. They’re about to go away. […] What I mean is: Not being lucky and not being given are no longer going to define your career as a comedian and as an artist.

Remember what I said earlier about those bulletproof headliners who focused on their 5 minutes on the Tonight Show and when it ended they decided their opportunity was gone? They decided. Nobody decided that for them. They decided.

Now, look at my career up to this point. Luck, being given. Other people deciding for me. […] I need to decide more career stuff for myself and make it happen for myself, and I need to stop waiting to luck out and be given. I need to unlearn those muscles.

And that’s just from what he says to creative folks. As they say, read the whole thing. Twice.