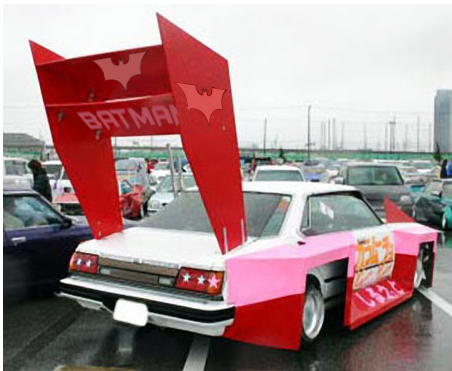 Ah, Internet. Even if one doesn’t want to be spoiled for The Dark Knight Rises, you can still keep us entertained. Here, we present the best #FakeDarkKnightRisesSpoilers from Twitter… including, of course, a few of our own. (What? You’re not following us on Twitter already?)

The Tumbler is equipt with a flux capacitor and #Batman travels back in time – soundtrack by Huey Lewis and the News. #fakedarkknightspoiler

Darkseid appears in a post-credits sequence, right next to Super Turtle. #fakeDarkKnightRisesSpoiler

Bane buys out Wayne Enterprises, lays off all employees, retroactively retires #fakedarkknightspoiler as leaked by @rushlimbaugh

The entire thing was dreamed up by Bat-Mite. #fakeDarkKnightRisesSpoiler

Oh, it appears Jimmy Fallon did this for his own purposes as well…