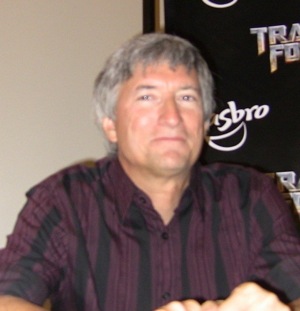 Veteran comics writer Roger Slifer is fighting for his life after being struck by a hit-and-run driver in Santa Monica, CA. it’s being reported on Twitter and elsewhere. Best known as the co-creator of Lobo, Slifer, 57, has worked as an editor and writer in the comics, animation and video game industries. According to reports, Slifer was struck by a white sedan at Fifth Street and Colorado Avenue early Saturday morning and taken to Ronald Regan UCLA Medical Center, where he remains in critical condition with a serious brain injury.

Friend Flint Dille has been updating the situation:

Okay, here’s what I know. We had originally thought of keeping this quiet, because Roger is a fairly private guy, but as word is out and time might be of the essence if we’re going to find the hit-and-run driver, I’ll post what I know.

Roger is in Ronald Reagan Hospital at UCLA (I have not been in to see him, but his friends Will and Barry have). He is in intensive care. The nurse on duty could only tell me that he was in critical condition with a brain injury. Will and Barry said that he was unresponsive, but was heavily medicated since they had to do some brain surgery. I think the truth is that nobody knows what will happen. Prayers would be a good thing.

On the criminal front, it would be a very good thing to find the driver, not only for reasons of justice, but also insurance. We have no idea what Roger Slifer’s insurance situation is, but we suspect that it would be extremely helpful for medical bills.

The problem at the moment is that the Santa Monica Police do not seem to be making as much progress as they should. Some phone calls might be helpful. I’ll put everything I know in the next entry.

Dille’s report continues in the above link. A search is currently underway for the hit-and-run vehicle. Although there are security cameras it’s not known if they captured the license plate or not. The flyer below has been put up: 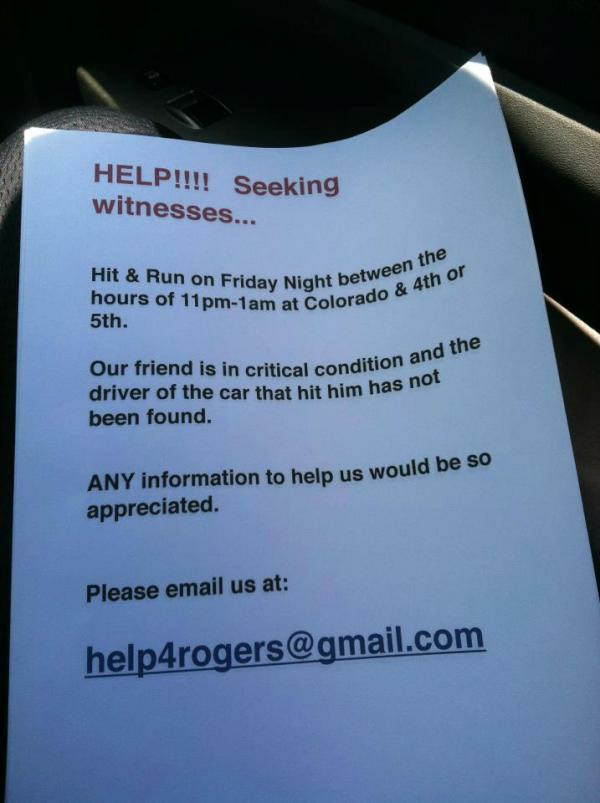 Slifer’s situation is eerily and horribly reminiscent of his contemporary Bill Mantlo, who has never recovered from a similar accident.

Hopefully Slifer will have a full recovery and the driver who nearly killed him will be found.