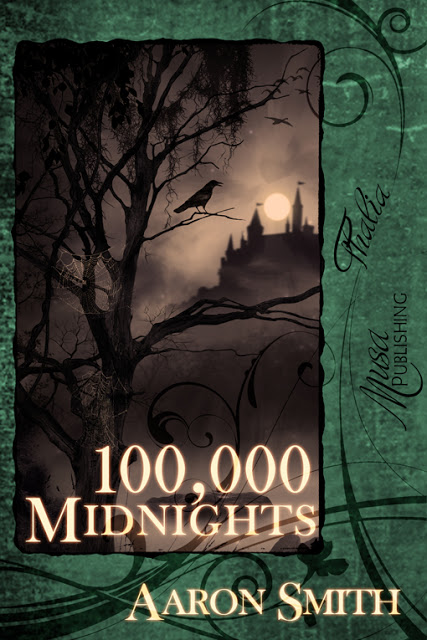 When destiny calls from the darkness, will you embrace the shadows?
At twenty-two, Eric feels older than he is. His fascination with the past makes him something of an eccentric and he spends most of his time alone. But then he meets Siobhan. A nearly three-hundred year old creature of the night, she desperately needs Eric’s help. He comes to her aid, just barely surviving the experience, but soon realizes that he cannot go back to living without her.
Together with Siobhan, Eric goes deeper into the strange nighttime world inhabited by vampires both good and evil, towns trapped in bubbles of time, savage beast-men created by crazed scientists, and deadly mechanical angels manufactured by magic to slay the undead.
Side by side with Siobhan and her supernatural allies, Eric must go from being a normal man to becoming a warrior, facing dangers out of humanity’s darkest nightmares and wondering if he has a chance of surviving to see each new dawning of the sun.
100,000 Midnights began as a short story originally published in Pro Se Productions’ Fantasy and Fear magazine. Now, re-edited and vastly expanded into a full-length novel, 100,000 Midnights has just been released by major e-publisher Musa Publishing.
100,000 Midnights is now available in a variety of digital formats compatible with Kindle, Nook, other e-readers, or as a PDF.
The e-book can be purchased for $4.99 directly from the publisher at www.musapublishing.com
Or from Amazon at http://www.amazon.com/100-000-Midnights-ebook/dp/B008DQTYN2/ref=sr_1_16?s=digital-text&ie=UTF8&qid=1340452148&sr=1-16&keywords=aaron+smith
Aaron Smith’s work has appeared in many New Pulp publications including Airship 27’s Sherlock Holmes Consulting Detective series, Black Bat Mystery, Jungle Tales, Lance Star Sky Ranger Volume 2, The Masked Rider, and others. He is the author of the Dr. Watson novel Season of Madness, stories in the Pro Se Productions pulp magazines, and various stories in other anthologies. Information about his books can be found on his blog at www.godsandgalaxies.blogspot.com
Share