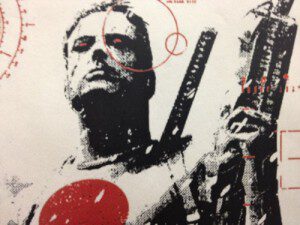 Valiant Entertainment has been stirring things up as they prepare to relaunch their moribund line of characters in May. Now word has hit that Jeff Wadlow has sold a spec script for a Bloodshot film to be produced by Columbia Pictures.

According to The Hollywood Reporter, Wadlow, best known for the film Prey, came up with the notion for the movie and tracked down the rights holders, Jason Kothari and Dinesh Shamdasani, convincing them he was the right man to tackle the property. The script has been kicking around Hollywood since 2008 and was even considered for the developing comic line although that appears to have been abandoned. In March 2010, X-Men First Class director Matthew Vaughn was attached to direct a version of Bloodshot that may or may not have included Wadlow’s script. Wadlow, though, has been paid $450,000 for the spec script and that could swell to $1 million should the movie actually go before the cameras. 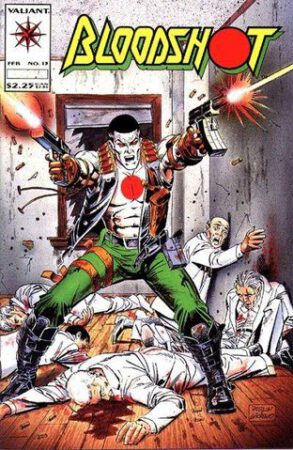 Original Films will produce the film for Columbia with Neal H. Moritz set to executive produce. In the announcement, Hannah Minghella, Columbia president of production, said, “The Bloodshot character has been a fan favorite for nearly two decades, selling approximately 7 million comic books globally. Because there have been more than 1,500 pages of storylines published, there is a rich legacy to draw from as we develop the screenplay.  Neal is one of the best action producers working today and we know he is the right filmmaker to take on this potential franchise.”

Moritz is no stranger to comics and pop culture icons, having most recently worked on the remakes of 21 Jump Street and Total Recall for Columbia, and adapting Dark Horse Comics’ R.I.P.D. for Universal.

Meantime, Brett Ratner was announced to be directing an adaptation of Valiant’s Harbinger in 2008 as he sought a franchise he could call his own. Since then, there has been nary a peep from Valiant or Ratner on the property’s development.

Valiant, founded in 1989 by Jim Shooter, will return after a decade’s absence with X-O Man of War in May. Former Marvel editor Warren Simons has been carefully assembling creative teams with a slow roll out apparently mapped for 2012 and beyond.